Vanderbilt student by day and rapper/producer by night, Aly Lakhani, better known by his alias LACKHONEY, recently hit 80 thousand monthly listeners on Spotify! He is yet another embodiment of how diverse this campus is, and an example of how hard work and perseverance really do pay off. Talking with him made me see how passionate he is about his goals, and how being here at Vandy is helping him achieve them. 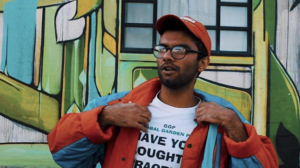 Hometown: Miami, FL, but Mom is Indian and Dad from Pakistan

Though I originally started out pre-med, I had heard a lot about HOD and tried it and really liked it, especially the psychology aspect. I chose CS as a minor because I had heard from alumni that it was the way of the future, tried it, and even though I’m bad at it I’m super into it.

Deciding not to be premed anymore was a challenge, because I had to soul search and meditate to realize the true reason why I didn’t want to do it. At first I was only really pre-med because of perceived parental pressures, I thought they wanted me to be a doctor and I wanted to make them happy. But then I realized they just want me to do something that would make me happy and successful, which didn’t necessarily have to be medicine. Shadowing doctors made me also realize that although it’s a great profession, it just didn’t seem like something I’d want to do myself.

How did you decide on Vandy?

I actually applied on a whim because I’d heard about Vandy from people at my high school with much better GPA’s who wanted to go here. It was the best school I got into, and they offered really good financial aid. Though I knew I had made up my mind to come here, visiting over MOSAIC weekend was what made it really set because I loved it.

How did you get into making music? When did it become a more serious pursuit?

It’s been a gradual process, but some of the main landmarks were when I made my first rap song after a college rejection and the deciding to teach myself how to produce music by watching 5-10 hours of youtube instructional videos a day over summer. Though I thought they sounded great at the time, my early songs were kind of horrible, and each new project just gets better.

At Vandy I branched out and met other talented music people, and learned more from others for the production aspect. Over time my music started not sounding as amateur and the thought of playing arenas crept into my mind as the ultimate goal and dream. But getting to the point of acknowledging the dream took a lot of reflection.

How do you balance school work with music (and social life/sleep)?

I have to limit myself; I only let myself work on music weekend nights unless it’s particularly slow week. If I didn’t have homework to do I’d probably just spend all my time doing music.

I ask myself, what experiences am I gonna value 20 years down the road? To me, working on a song, and even if it is a bad recording session, that’s much better than going out to a party or something. Right now I’m working on songs that document my life and what’s in my head, and even if I don’t make it big it’ll be something I can leave behind for my kids and grandkids. Hopefully they’ll relate to it and think I’m cool!

Access to people and the willingness of people to work with you to help you achieve your goals. It really is a happy place and even though it isn’t perfect, the same flaws are found at many other PWI’s and they’re getting better at addressing these flaws

Don’t do something because it’s a set formula for success unless that really is what you want to do. Try as many things as you can, and when you find something you really like, just go for it. Set macro and micro goals: For micro goals it’s best to address them quickly, but for macro goals, you have to be patient and put in a lot of work. You’ll be happier if you pursue something because you really want to, not because it’s what other people say it’s good. 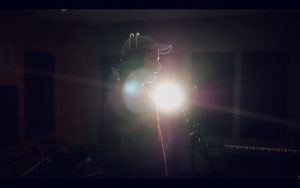 Plug: Will be performing with Arlie at The End (amped up) and Vanderbilt Sofar Show (intimate vibes)

Also, check out another Lackhoney interview focusing more on his music!