My Experience with Summer Orgo

I hope you’re all having a great summer! I can’t wait to be back on campus in just a few short weeks; I’ll be helping the freshmen move in on the 17th so I’m flying down on the morning of the 16th. Until then, I’m mostly relaxing and taking a well-needed vacation because I finally finished organic chemistry (orgo) on Monday! Yayyy!

I’d like to share my personal experience with summer orgo in case anyone is thinking about doing the same! Both semesters of orgo, as well as their labs, are a requirement for the neuroscience major at Vanderbilt. Since many neuro students are also premed, this works out well because most medical schools also expect applicants to take this course. Overall, I would recommend taking this over the summer for those who are able to.

The program I chose ran for about nine weeks and included Orgo I and II with their respective labs. Our schedule was standard: a few hours of lecture Monday-Friday with two weekly labs on Monday and Wednesday, the majority of which lasted three to four hours. We had an exam every week, and every week in the course was equal to about a month in the standard school year.

The course naturally moved incredibly quickly as there was just so much information (a year’s worth) to cram into a short period of time (nine weeks). Lots of outside studying was absolutely necessary to keep up with the information. The lab itself also had its fair share of work – prelabs, quizzes, lab reports, and taking the time to even understand the procedures. The material for both courses was challenging and definitely a different style of thinking than I had become accustomed to in general chemistry, so all of the students (about 15 each semester) were definitely seriously pushed to their limits academically. Overall, I’d say did about 25-30 hours of work (studying, doing lab reports, working with classmates) outside of class every week, on top of the 16-18 hours that spent in lecture or lab. 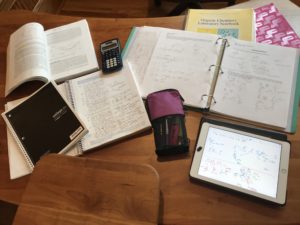 the struggle is real

You might be thinking that I’m crazy to have enrolled in such a concentrated program. However, despite all of the hard work and time spent on this course, I would still say that it was 100% worth it in the end. The primary reason is that now that I am done with orgo, I do not have to take it at the same time as biology this year, which I’ll be taking both semesters of (as well as their labs). I could have technically waited until junior year, but I will be taking my upper-level neuro electives then, which is also not a favorable option. In general, the intense few months of studying is well worth the time I’ll be able to really focus on biology (and not to mention research!) during this entire school year.

There were other benefits to taking orgo during the summer as well. First, since I was at home, I did not have some of the typical responsibilities associated with being at school, which freed up some time. It was also the only course I was taking, so I was able to focus my entire academic energy on this one subject. Most of the other students were in the same situation (although some were not taking the lab, working, etc) which meant that they were also all working through the same material at the same time. Having this support from my classmates definitely helped me survive (and thrive!) this summer. Not to mention the fact that the professors are also mainly focused on the course during this time, and in my experience were very helpful in terms of meeting for office hours/answering emails, etc.

Clearly, tackling orgo over the summer requires lots of dedication, time management skills, and pro-activity. This kind of environment is not for everyone, though, and I think you should all decide what’s the best option for you. I’ll say that I’m definitely glad that I now have these eight credits under my belt and can focus more deeply on the subjects I’ll be taking this year (I hope to write a future blog about my schedule for the semester…it’s not 100% solidified yet, but stay tuned!).

Being at home for a few months after being at college for two semesters is an interesting experience. The pace of life here is definitely slower than college life, and the fact that our summer is basically 3.5 months – almost the length of the semester – made it feel different and longer than past summers which used to fly by very quickly. It’s also been hard to be away from my close friends. When you move across the country alone and then end up finding people you can truly connect with, you latch on to them pretty quickly and they become your anchors in this new and scary situation. I had become so accustomed to seeing them all the time – living, studying, and eating together – that now, only being able to call/text them, has been really hard.  In general, being at home has been a difficult adjustment because Nashville has become the center of my life now. I also feel like I’ve changed and grown so much as a person that returning to my old life feels even stranger. 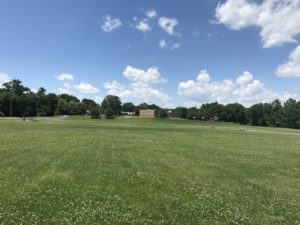 a park near my house that I love to walk to

That being said, I’m really grateful to have spent this summer with family, i.e. the people that have always supported me throughout my life. It’s definitely helped give me perspective and helped me remember how loved I am, and it’s cool to think about the fact that I do have a second home/life thousands of miles away from my new one. I also did more than just studying, don’t worry :)! Having gotten home on April 30th, I spent most of May relaxing and got travel a lot – I went to visit my sister in NC and took a few trips with some Vandy friends to NJ+NYC. Throughout the semester(s) I spent a lot of time with my mom which was really nice as always and my birthday (I’m 19 now!) celebration was very special. We also randomly went tubing down a nearby river which was fun until it started raining. Anyway, now that I have a few weeks off, I’m going to go to the beach a few times and mostly just recover and relax.

As I said, I’m so excited to return to campus for my second year at Vanderbilt. It’s so wild to me that I’m going to be a sophomore and thinking about how much I’ve grown in my past year here makes me so grateful for this opportunity. I’m also hyped to meet all the incoming freshman!! I’ll be helping out on move-in day on the 17th at West House which is going to be the most energetic and warming welcome you’ve ever felt!

Enjoy the last few weeks of break before school starts, and let me know if you have any questions about my experience with orgo/college life in general. Just email me at emma.g.follman@vanderbilt.edu. 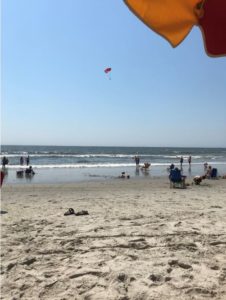