Posted by Alisha Newton on Friday, October 24, 2014 in Student Leadership.

After eight weeks, EVOLVE has come to an end. We’ve explored ACC/ESS (I’ve linked the two posts in which I describe each part of the acronym) and accomplished the following goals:
• examine and describe personal leadership style
• develop relationships with peers through cluster and 1:1 meetings
• identify, explore, and apply personal strengths
• apply Leadership Excellence Philosophy to our Vanderbilt experience

Graduation
As a capstone to our EVOLVE experience (and to accomplish the final goal mentioned above), each of us created a Leadership Action Plan in the form of an Ignite talk. 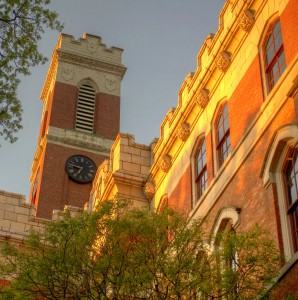 I hear the bells of the Kirkland clocktower tolling at all hours of the day: when I’m on my third hour of writing an essay, when I’m finally falling asleep, when I’m late to class the next morning. I’m haunted by the sound of time. It often reminds me that I’m not where I’m supposed to be or not doing what I’m supposed to be doing.

But what’s even worse than hearing an alarm is no alarm, which is what happens when I oversleep. This semester, I’m a team leader for Vanderbilt Student Volunteers for Science (VSVS), and on the day that I was supposed to train my team on the lessons, I slept in by two hours. Fortunately, my co-leader was present, and he took care of it. He said didn’t mind, but I felt really bad. I’d committed to this, and I didn’t show up. What kind of leader just doesn’t even show up?

I vowed to be on time for all subsequent VSVS events. I held true to this promise to myself and to my team, but then for our most recent lesson, my co-leader (the driver) didn’t show up. We waited and waited, and he finally came 15 minutes late. When I realized that he’d overslept, my first feeling was relief. Why? Because it meant we had both failed our responsibilities as leaders, and he couldn’t begrudge my oversleeping incident. We were equal. But then I realized, this is all wrong. Instead of feeling justified in my individual failure (not to mention feeling happy about my co-leader’s failure), I should be concerned for the well-being of our group as a whole. This is the idea behind the Leadership Excellence Philosophy principle of collaboration. 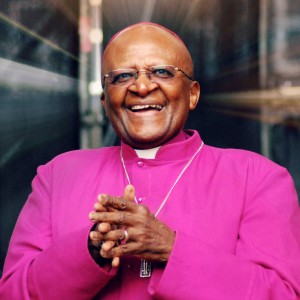 As Desmond Tutu said, “We think of ourselves far too frequently as individuals, separated from one another, whereas you are connected and what you do affects the whole world. When you do well, it spreads out; it is for the whole of humanity.” This statement reflects the principle of ubuntu, which means that I am because of who we are. As a leader, ubuntu means understanding, valuing, and acting on the importance of working with others toward a common goal. For VSVS, my team needs to collaborate to effectively share science with a classroom of seventh-graders. I pick up the kit, my co-leader Sam drives, and the four of us teach the lesson together. We are also part of the larger organization of VSVS, which plans the lessons, prepares the kits, makes the groups, and finds schools in which to work.

Collaboration means working together, but it also involves making use of individual strengths. As Thomas Crum said, “Personality differences and abilities contribute to a masterpiece that is larger than any one person’s vision.” My personality often leads me encourage others and help them implement their ideas. I also tend to focus on the task rather than on the others with whom I’m working. During the Marshmallow Challenge in EVOLVE’s session on collaboration, I was excitable and stressed about the task. This connects to my strengths as an activator and an achiever: As an activator, I’m always asking “What’s next?” and as an achiever, I tend to set the pace and define the levels of productivity for my group. It’s helpful to be able to understand why I tend to act the way I do in a group setting, especially when I’m trying to act as a leader—and not only to understand myself, but also to be able to value others’ tendencies. 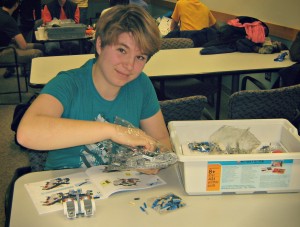 In VSVS this semester, half of the team are leaders and half are participants, which makes the responsibility feel “small.” But I want to do the best that I can with this small thing, in preparation for future roles that will require more responsibility. I want to leave you with a quote by George Bernard Shaw: “This is the true joy of life, the being used for a purpose recognized by yourself as a mighty one; the being a force of nature instead of a feverish, selfish little clod of ailments and grievances… My life belongs to the whole community, and as long as I live it is my privilege to do for it what I can.” Whatever name we use as leaders and team members—ubuntu, collaboration, not being a selfish clod—we are working toward an ideal that will strengthen our organizations and communities, and this is what I’m inspired to do as a result of EVOLVE.