Posted by Alisha Newton on Tuesday, September 9, 2014 in Summer. 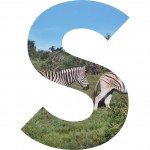 olving problems was never the goal. I understood from the beginning that the parallels between our own great nation and the southern-most tip of Africa were strong enough that if I wanted to tackle the issues of poverty, community health, civil rights, or education, I needn’t look farther than my own ZIP code. No, it wasn’t about solving problems; instead, I wanted to learn about South Africa, its history of colonization by the Dutch, decades of apartheid, and the process of reconciliation that is no older than myself. I wanted to shake hands with its people, look into their eyes, hear their stories. 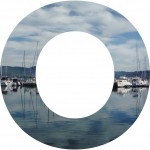 n the first day in Port Elizabeth, I and eleven of my peers toured the Walmer township with Prof, a local. We saw tin buildings, buckets for toilets, communal taps, and a tangled network of electric cables. At nightfall, we drank the local beer at a shebeen and ate mielie-pap at Prof’s house, and the starkness of what I’d seen didn’t sink in until I returned to our guest house, to a WiFi network, to hot showers and a fully-stocked fridge: Western comforts. 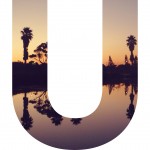 nder the guidance of the volunteer organization Khaya, the next step was to survey all of the potential service options. In the Missionvale township, there’s a Care Centre that includes community gardens, food distribution kitchen, and an HIV/AIDS clinic. In the Walmer township, there are crèches (daycares) and the Human Dignity Centre. Each location basically involves community outreach and and providing children and families with basic necessities like education, food, shelter, and health care, and the members of our group split up across the various locations. 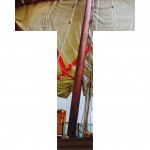 eacher’s assistant at the HDC is what I became. It’s not my lifetime goal, but it was an absolute pleasure for three weeks. I spent my days reading books to twenty-seven second-graders and letting them read to me. Sometimes my job called for sharpening colored pencils, or catching little bodies at the end of a playground slide, or pointing out P.E. on a map. “This is me?!” a little boy cried once, seemingly awed by the fact that he had a place in the world. My role may not have been desperately necessary, but I enjoyed every moment. 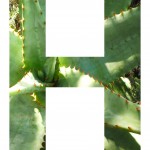 aving Miss Amy in the classroom was wonderful. The kids adored her. I adored her. She was strict but not imposing, kind but not submissive. But at the end of the second week, she left for South Korea––at least throwing a cookie-decorating party on her way out––and suddenly my role as a classroom assistant became more necessary. I saw myself as the transition slide, helping both the new teachers and the students become comfortable with new situation. 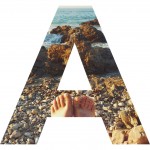 frikaans, a language that carries the weight of the historic oppressor, was easy enough for me. Hallo, Dankie. But even after a month in uMzantsi Afrika, it was all I could do to say “Molo” and correctly pronounce the isiXhosa names of my students. I tried to form my tongue into the shapes of clicks and novel consonants, but even the children laughed at my pathetic attempts. But they couldn’t laugh when I said their names: Yomelela, be strong. Luphumlo, rest. Khanyiso, light. Ntiskelelo, blessing. Yonelani, be satisfied. Luthando, love. Babalwa, grace. They could only smile shyly. 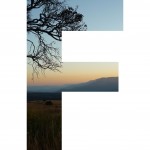 ire, said Wangari Maathai when she spoke at Vanderbilt in 2011––the world is on fire, and any one person who makes an effort to help is like a hummingbird carrying a drop of water. We weren’t expecting to put out any fires, but we did all that what we could do. Perhaps when Dutch, South African, American, Egyptian, and Swiss people come together, the cultural exchange combines to create something greater than the sum of its parts. Perhaps our actions will ripple unseen through time and space, as we inspire more people to educate themselves about South Africa or their own communities, and to help in whatever way they can. 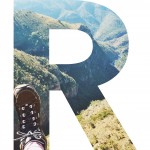 eflecting on my time at Chalmers Nº10 in windy Port Elizabeth, I saw that my expectations for the trip were very different than what I actually encountered. Based on past international service trips, I thought I was going to face hunger, fatigue, illness, and loneliness, and I was prepared to push through these “personal issues” for the sake of the service at hand. However, the facilities we had in South Africa were almost better than what I have at home, and my main problem became feeling too connected to technology. And when our router stopped working, even that was solved. 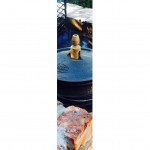 n Cape Town, we stayed with host families who truly cared for us, which ameliorated the feeling of being your average American tourist. Still, we spent the days shopping and sight-seeing and trying to experience as much as we could in a week. We wandered through parks, museums, cupcake shops. We drove north to the wine country, sipped daintily of European customs, and dug our hands into carrot beds at the Lofdal Community Projects. We explored Table Mountain, overlooking the city, and later stood at the rocks where two oceans meet, imagining the Portuguese navigators of old praying for their lives in a wave-tossed caravel. 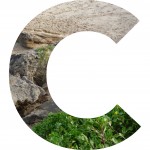 ould I now call myself a global citizen? It’s hard to say, but after four weeks abroad and 55 hours of service, I at least had pictures to show and a story to tell. I’d stood in the cell where Nelson Mandela wrote his autobiography, I’d eaten stew cooked in a pot over the fire, I’d watched the sun rise over Mossel Bay while seals frolicked in the waters. Would I have changed some aspects of the program? Yes. Does it matter now? No. The memories and the experiences and the relationships are indelible––forever. 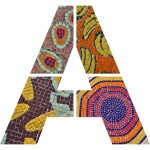 s I returned home, I thought about the footsteps I’d left in sandy fynbos, the mountains I’d scrambled up like a child running to her mother, the cold waves that washed me from head to toe. I thought about the eager, upturned faces of my second-graders, and kept the sadness at bay only by promising myself I would write them every few months. I thought about how in the meantime, they would continue adding sums, tracing letters, reading books, and how maybe in twenty years, they would be a part of a new South Africa, a country wholly and rightfully theirs.