Lucky for us student-athletes who are in season, we get to have Vanderbilt’s campus all to ourselves during spring break!!!  Never mind getting tan on a cruise through the Caribbean and eating good food at Mardi Gras, we get to enjoy bathrooms all to ourselves and experience no lines at bread and co, no waiting to do laundry, and no waiting for the elevator. And you guys on spring break thought you had it good.

Despite these perks, my teammates and I were eager to get away from lacrosse practice and do something different from our normal routine fun.  On the final weekend of Spring Break we decided to journey off campus to take advantage of the first warm wave of Nashville weather.  On Friday we decided to walk around Radnor Lake, a nearby lake with several hiking trails.  On Saturday, we decided to top off the venturesome weekend with a friendly game of paintballing. So a few of us caravanned twenty minutes away to Nashville Paintball in Hermitage, Tennessee. Upon arrival, we were set up with paintball guns and two bags of 500 paintballs.  The activity was a little bit costly, but the fun was well worth the price. There were four fields with landmarks in which the players could take cover behind; one with blow up blocks, two with cube towers, two with barrel towers, and one junkyard with cars. Equipped with only a mask, we were scared of getting hit by the paintballs because we heard it kind of stung/might bruise. Knowing that it hurts more if your opponent is closer to you when they shoot you, my friend and I thought it was best to hide behind the towers in the very back in hopes that we would avoid getting hit altogether.  The rules of the game were as follows:

1. A ref had to be present inside the field to call the game.

2. Every player must start with their gun on the net that served as the “Dead Zone”

3.  When a player is hit, they raise their gun and stand in the “Dead Zone” where they are safe from getting hit again.

4.  The team with the last member standing wins.

During our first game my friend and I met a local Nashvilleian who we perceived to be one of the best paintballers at the place.  After this discovery, we strategically had him play on our team the rest of the day to avoid playing against him and thus getting hit by him.  We recruited his friends as well and ended up winning almost every game for the remainder of the two hours that we were there.  By the end of the day, we were not scared of getting hit and instead became more competitive and more involved offensively in the games. Needless to say, paintballing was an awesome activity to do off campus! 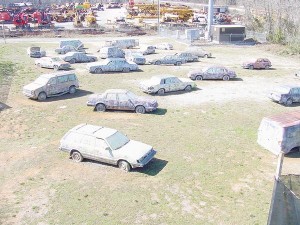 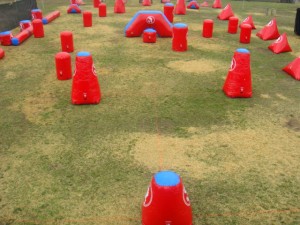 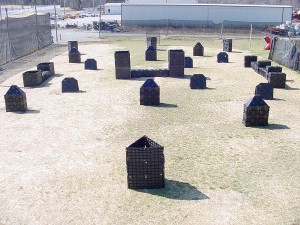 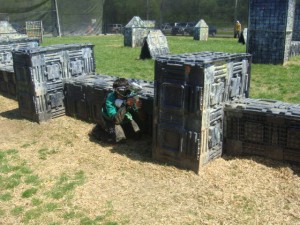