She liked numbers and sums. She devised a game in which each number was a family member and the “answer” made a family grouping with a story to it. Naught was a babe in arms. He gave no trouble. Whenever he appeared you just “carried” him. The figure 1 was a pretty baby girl, just learning to walk and easy to handle; 2 was a baby boy who could walk and talk a little… When Francie added a sum, she would fix a little story to go with the result. If the answer was 924, it meant that the little boy and girl were being minded by company while the rest of the family went out. 78 meant grandfather and grandmother sitting home by the fire of a winter’s evening. Each single combination of numbers was a new set-up for the family and no two stories were ever the same.

Francie took the game with her up into algebra. X was the boy’s sweetheart who came into the family life and complicated it. Y was the boyfriend who caused trouble. So arithmetic was a warm and human thing to Francie and occupied many lonely hours of her time. –my favorite quote about math from my favorite book, A Tree Grows in Brooklyn

I looked around the formerly 40-member class of Math 2500. Sixteen members looked back at me, and we all nervously grinned. The Withdrawal period had just ended; we were in it for the long haul.

Y’all, being a math major can be difficult. Think of where you are right now. Most of you reading this don’t even “like math.” To you, I say that you don’t know what you’re missing – math is incredibly beautiful. Equations can be messy but somehow always turn out pristine in the end, regardless of how much chalk [blood] is on your hands. There’s no better feeling than completing a proof… finally. And oh, you don’t like numbers? Math is so much more than that.

But here are some math secrets to all you who may suspect that somewhere in your soul, you really do like math. At least, kind of. Or you’re scared of taking your first (and only) calculus class in college.

I remember being shocked my freshman year in Algebra II when the math teacher told my mother, the orchestra teacher, over lunch that she assigned only the bare minimum of problems. If kids wanted to get A’s, she said, they would do them all. So I get it – you’ve done the problems, and now you think you’re good. So do more. Just to make sure.

If you can do that problem cold, then no. But if you can’t, if you’re struggling even a little bit to remember what to do next, imagine how much more so you will be struggling during a test, when your adrenaline’s up, when your palms are sweating just a little.

Also, pro tip: Use the chalkboards. I’m not sure if it’s the slight resistance of the chalk against the board, or the fact that you’re alone in a classroom, or just the professorial nature of it all, but I always remember things better when I use the chalkboard and explain them back to myself. Always.

Especially in the more advanced math classes, you just have to put down your book, stare into space, and think about what you just read. Deconstruct it and put it back together in your mind. Then pick your book up again.

One of my fatal flaws in the first semester of Math 2500 was rushing from thing to thing, thinking that if I knew how to do most of the proofs, I would be fine. But what I neglected to think about was my brain, which was so tired and overwhelmed from all the other stuff that I was thinking about, it didn’t have time just to sit and synthesize information. So give yourself that rest and relaxation that you need (with your math book!) to synthesize. It’s all about the synthesis.

My number one mistake freshman year was that I didn’t sleep. I thought I could do it all (Please read my “Just do Everything…!” posts. I’m going to keep that evidence of my naivete up on the Internet just for all of y’all who think you can do it all : ) You’re welcome. ) But your brain, especially when confronted with situations in which it doesn’t see a lot of rest, like theoretical math, needs to think. Really.

I hope that helped! Email me at Sophia.druffner@vanderbilt.edu if you need any advice on taking math classes at Vanderbilt. I’m going to tell you right now… Math 2500 is not for the faint of heart, and if you are in doubt about pursuing a hard calculus class, all my sources tell me to stay away from Math 1300 and 1301. Unless you really, really have to. 2300 and 2600 though? Rumors say that they’re good. :) 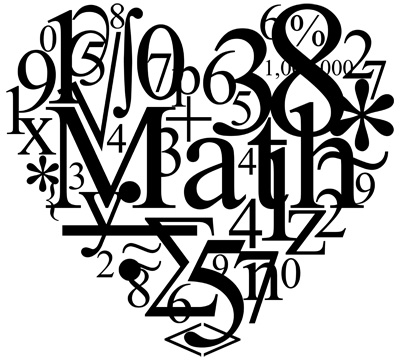