Being Sick in College

Being sick sucks. There’s just no going around it. And what’s so hard about being sick in college is that you always have to miss out on the fun things you had planned. For example, I woke up this Saturday morning with a fever and had to cancel yummy brunch plans I had with a friend (we were going to go to Bongo Java-I heard their breakfast bagel sandwiches are to DIE for). I’m missing the Holiday Halos party (read my last blog that explains more about it), so I won’t get to see my “adopted” TAP student open her presents from me. (Don’t worry; I’ve had friends promise to take a lot of pictures and videos.) Lastly, instead of going to the library with friends to stud for finals, I’m here in bed. 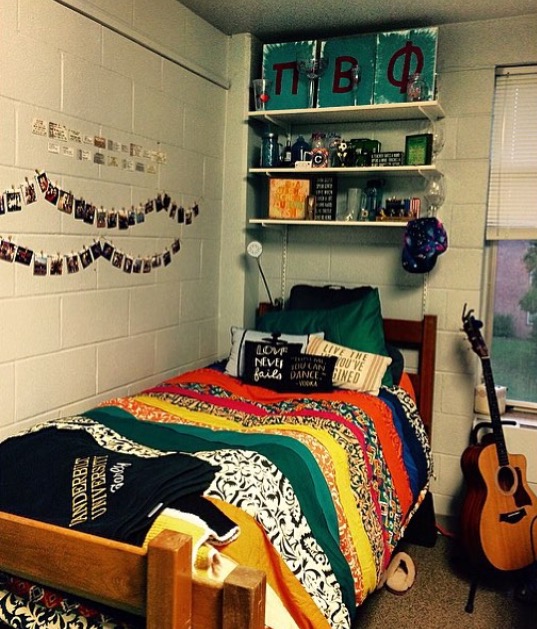 So yeah, being sick in college is hard. But it does make me appreciate being healthy! It also makes me appreciate everyone around me who offers to bring me soup, ice cream (my friends know me well) and Gatorade. Last year, while I was in Murray House (COMMONS CUP CHAMPS WHOOP WHOOP) on the freshman Commons, my faculty heads of house literally came to my rescue. It was right after Bid Day (when you find out which sorority you’ll be in) when I felt really sick. I took my temperature, and it turned out I had a 104-degree fever! I called my parents and they suggested I go to the ER, because that’s really high. I texted my RA, who called a VUPD car to take me to the hospital, and one of my friends came with me. The doctors just gave me medicine until my fever and heart rate went down, then sent me back a few hours later.
Dr. and Mrs. Cone could not have been more helpful. Dr. Cone went to CVS to pick up my medicine while Mrs. Cone was bringing me soup, juice, and lots of fluids. They both checked on me frequently while I was in bed for those three days. On the third day of the flu, Mrs. Cone suggested that I would feel better if I showered (I’m sure my roommate would like that too), and while I was in the shower she changed my sheets for me and made my bed! Clean and with fresh sheets, I really did feel better. While I was sick, I was also homesick, as that was the first time my mom wasn’t there to take care of me. There are a lot of “firsts” like that in college, and it’s not always easy. Lucky for me, people like the Cones and like the people I’m lucky enough to call my friends, care for and help you when you need. Being sick in college sucks, but having to decline the third or fourth offer of someone to run to Panera and get my favorite soup is, I must admit, a feeling so warm it might just distract me from the fact that I’m currently freezing, wearing sweatpants, a sweatshirt, fuzzy socks, and under 4 blankets.

I know I’ll bounce back soon, and get right back into the swing of things in my normal, crazy busy college life! Until then, it’s homework (and let’s face it, mostly Netflix) from my bed.