I woke up late. Forty minutes late. The alarm wasn’t the one I had set, but the sound of my phone ringing—my site leader Daniel trying to make sure I was awake and/or alive. I was, but I was also sleepy after a late night of packing and cleaning my room.

Once I got myself together, I joined eleven other people for a van ride to Boone for my second Alternative Spring Break experience. This year my site was “Down on the Farm,” and last year I went on a site called “Down in the Valley” in Amherst, Virginia. As they proclaim on their website, ASB is “a student-run community service organization whose mission is to promote critical thinking, social action, and continued community involvement by combining education, reflection, and direct service.” The goal of this site in Boone was to experience off-the-grid life—we had limited running water, solar-powered electricity, and outhouses. 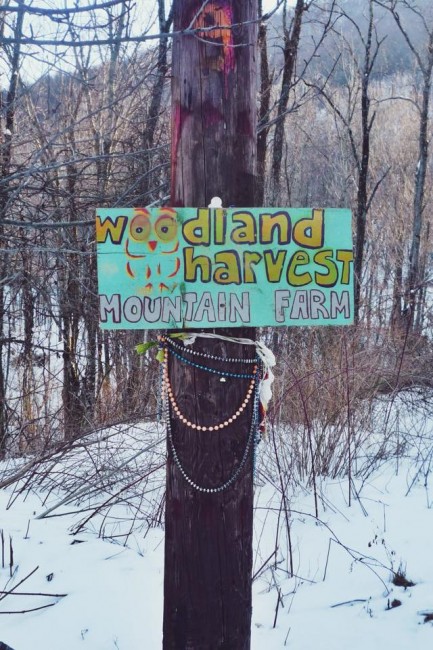 On that first Saturday, our drivers knocked out several hundred miles while most of us slept, and then we stopped at Wal-Mart. The store always overwhelms me, but we had to pick up a few supplies, including biodegradable shampoo and soap. We arrived at Woodland Harvest Mountain Farm about an hour before dinner. The ground was covered in deep, powdery snow, and for the first time in my life, I went sledding. 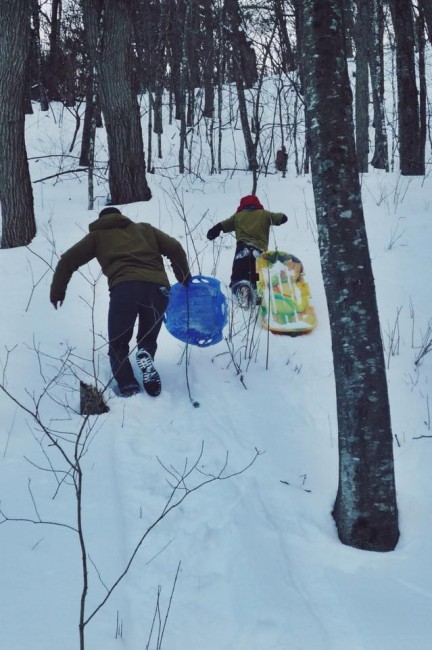 After introduction to our host family, we settled in for dinner. Standing in a circle, we held hands and thanked the cooks. Afterwards we trudged up the hill through snow to our cabin, where the twelve of us nestled into sleeping bags for the night.

The next day, Sunday, was relaxed. In the morning I tried my hand at splitting kindling for our wood stove in the cabin, and we spent the afternoon inside playing card games and reading novels. Some of the family’s neighbors stopped by for tea and conversation.

On Monday the real work began. We started with some “spring cleaning” tasks after the long winter, including shoveling out the chicken coop. (In high school I wanted to own chickens, but now I’m not so sure.) We also weeded and mulched for a couple of hours. This was also the afternoon that I decided to take a bath. This particular tub is outdoors, fed from a hose, and heated with a fire underneath. What a moment it was to sit in a steaming bath on a wooded hillside! 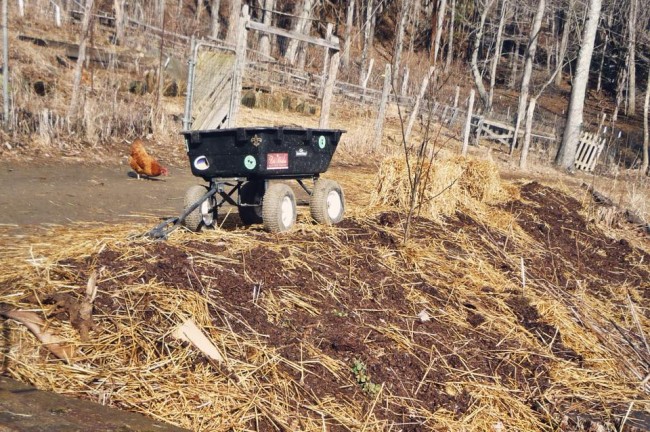 On Tuesday we started construction on a couple of small (100 sq. ft.) cabins. We first debarked a few felled locust trees, which became the corner posts. The woods of these trees is dense and resistant to rotting. It was also my turn to cook dinner along with some other participants; we made massaged kale salad, brown rice, lentil soup with coconut milk, sautéed vegetables, and pork from pigs raised on the farm in 2014. Every dinner this week seemed equally elaborate, healthy, and connected to the land, although there usually wasn’t meat.

Wednesday was our “free day,” which we spent in downtown Boone. We went to Rock Dimensions, an outdoor rock-climbing structure, and ate lunch at Black Cat Burrito. Later we frolicked in a park. This was an exhilarating and blissful day. 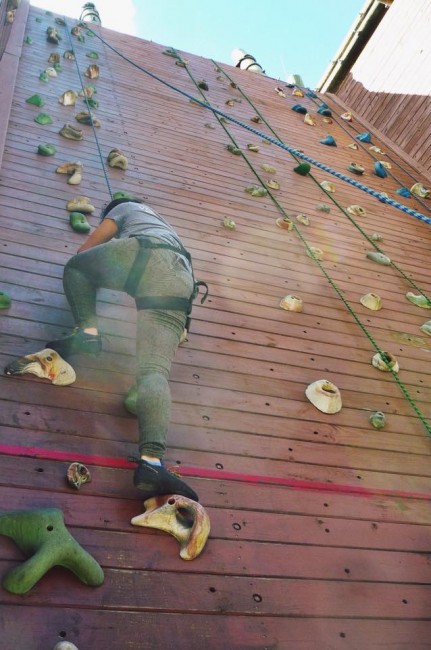 The next day, however, brought freezing rain. We attempted to work, but quickly retreated indoors to bake bread and drink tea. In the afternoon, the skies cleared somewhat, and we were able to do some work outside. It was this day, Thursday, that I began feeling really introverted—after spending so much time in close spaces with people, I wanted to be alone. I felt better after taking a walk with the boys and their two Great Pyrenees. 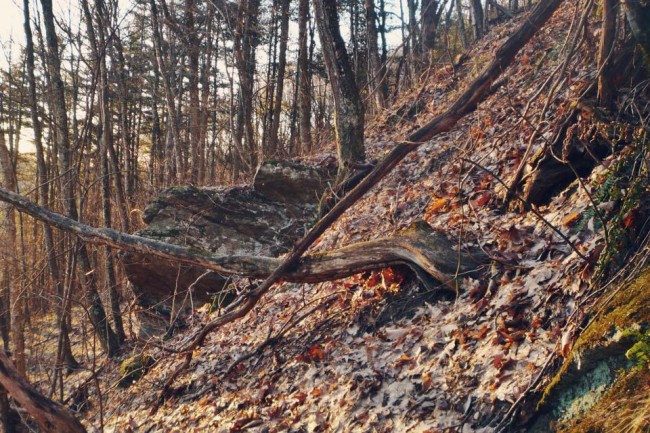 The next day, Friday, I woke up before sunrise to explore the woods a little more. The weather was cold but clear, and we were able to finish the floor joists of one cabin. Later that evening we built a bonfire for s’mores and warmth.

Finally, the next day we said our good-byes and returned to Vanderbilt. At the end of it all, I could see that this week was just what I needed. It’s always great to be forced to unplug from the Internet for awhile, and I think a lot of us felt mentally peaceful as a result of our limited contact with the outside world.