I’m ashamed to admit it as a Senior, but this past weekend I went to my first Vanderbilt baseball game.

In my defense, baseball has never been a sport that I liked especially since I grew up in Australia where baseball doesn’t really exist. We prefer to play cricket over there. In fact, the last baseball game I went to before this one was a Nashville Sounds (minor league) game when I was in high school.

Anyways, it was fitting that the first Vanderbilt baseball game I went to happened to be against the orange team from the east. I really don’t like that team incase you didn’t know. So, I was delightful to see our team score 7 in the first inning. Their poor pitcher was sent packing before the first inning was even finished. We finished the game 14-3 and sent Tennessee back to Knoxville with a good beating. I was waiting for the moment when everyone breaks out in song. But i guess that’s not a real thing.

The weather outside could have been better. I thought it was going to be warmer but it was quite windy. I missed the memo about wearing shades because the sun was very bright. I will attempt to go to another game before the season ends since we are ranked #2 in the nation and seeing your team win is always an enjoyable experience. 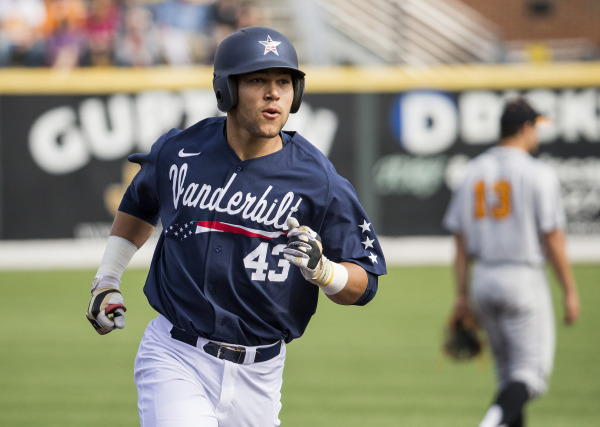