The other day, I found my way into Memorial Gym and witnessed some good old Memorial Magic as the Vanderbilt Commodores matched up against the Florida Gators.

Traditionally, Vanderbilt has been fairly good at basketball winning the SEC Championship in 2012. Recently, our team has not been the same but a bright future appears to be ahead of us as our current young squad looks extremely promising.

Now, I’m not much of a basketball fan. The last time I played basketball was during high school when my friends joined the local church league and I managed a perfect record of 0-0 in my shooting. I DIDN’T SHOOT A SINGLE BASKET mainly because they never gave me the ball.

Anyways, I’ll always support my Vanderbilt sports teams and plus, its free for students to get into games. FREE to every sport and there’s often free stuff being given out. What better way to spend a night?

I had to go to the Florida game because: a) It was Florida and b) they were giving out free sweatpants. Unfortunately, I did not get free sweatpants but I did get to see a very good basketball game. We had lost 7 games in a row and spirits were low, but, we came out with guns blazing as we got an early 16-0 lead. For a brief period, we forgot how to play basketball and Florida slowly crept back into the game.

Led by Freshmen, Riley LaChance with 15 points, we won the game 67-61. What a name: LaChance. I think I’ll name my first born LaChance.

Next home game is against UT. I have no choice but to be there to watch us win once more. 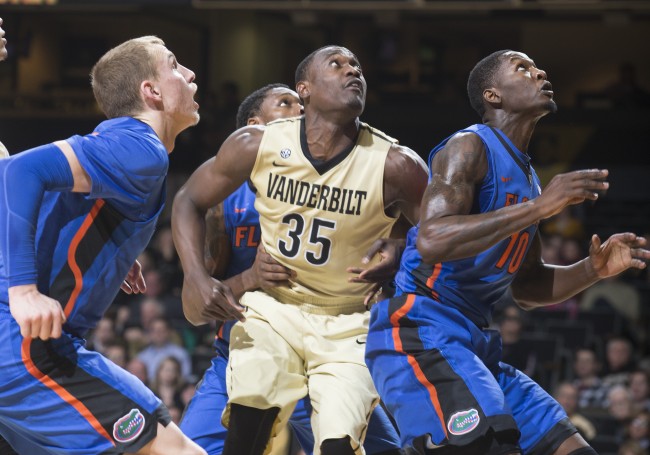