New York, concrete jungle where dreams are made of/
There’s nothin’ you can’t do/
Now you’re in New York/
These streets will make you feel brand new/
Big lights will inspire you/
Let’s hear it for New York, New York, New York

This the chorus of a song you most likely know, “Empire State of Mind” by Jay-Z ft. Alicia Keys. In the Fall 2009, “Empire State of Mind’ became the unofficial anthem of New York City, sold 4 million copies, and won two Grammy Awards. Why do I bring up random information about a song written 2 years ago? Because in 4 days my a cappella group, the Vanderbilt Melodores are competing in New York City at the Finals of the International Championship of Collegiate Acappella (ICCA).We’re performing in the Alice Tully Hall at the Lincoln Center for the Performing Arts, which is an incredible venue: 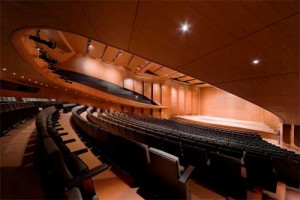 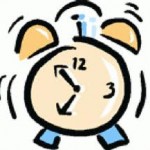 The hall we will be performing in seats around 1100 people. We have been working all year to get to Finals and now it is a reality. Determined to get better after placing 4th last year in the ICCA South Regional Quarterfinals, we worked hard and placed first this year. We advanced to the Semifinals Round in Columbia, South Carolina, where we received 2nd place– and seemingly lost our chance to make it to finals. Luckily the competition held a video submission Wild Card Round to determine the last group to compete in ICCA Finals. My group submitted a video and found out last week that we won the Wild Card and would be competing this coming weekend in NYC! I am beyond excited about this and all of us have been relentlessly trying to gather the funds to attend the competition. Through fundraising, CD sales, and the generosity of fans/parents/administrators we are now well on our way to achieving our goal.

When I found out that we won the Wild Card yard, I can say that it was one of the happiest moments I’ve had in quite some time. I think it’s amazing how when you really invest time, energy, and are truly passionate about something–in the case of the Melodores, it’s changing the face of acappella– the ways in which it can pay off. All of the long hours of rehearsal and dancing, musical notes, sacrifices of time and balancing of school work and the group yielded immeasurable returns. This is not to mark our success as a group on the opinion of a few judges, but our making it to finals is simply a visible, tangible representation of the sweat and tears we’ve put in over the last several months. We, I’m sure fellow bloggers and group members, Seth Johnson and Nathan Hall, can agree, have not only become more well-rounded/professional musicians and performers through participating in ICCA, but also have grown as individuals and strengthened the bonds of brotherhood that hold our group together.

This week I have an ’empire state of mind’ because I realize the emotion behind the lyrics of that song: sense of pride. I feel as though the concrete jungles of New York are where dreams are made of. The Lincoln Center next Saturday night is our jungle and I’m ready to make our dreams come true.