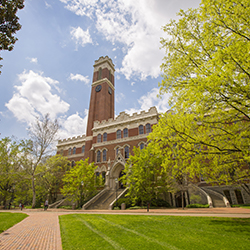 If you’re a high school senior starting the process of applying to college, you may be thinking about decision plan to use. Colleges offer varying decision plans with different deadlines, different levels of commitment, and different dates when you’ll find out admissions decisions. We’re here today with an overview of some of the main types of decision plans you may come across in your college application process:  Early Decision, Early Action, and Regular Decision. These are general overviews, and it’s important that you understand the specific policies for any school where you choose to submit an application. We hope this will help guide your questions as you consider varying decision plans.

Students applying Early Decision are strongly encouraged to research the financial aid policies of an institution. For example, it is important to know that Vanderbilt meets 100% of demonstrated financial need for all admitted U.S. citizens and non-citizens without the use of loans. Keep in mind that these policies will vary between institutions. You can use a school’s net price calculator  to get a good estimate of what that package might be.

Early Action: Early Action offers students the opportunity to submit applications before the regular deadline and find out their admissions decision earlier in the process, much like Early Decision. The distinction from Early Decision is that students applying through Early Action plans are not committed to their Early Action schools, and still have until May 1 to either accept or decline their offers of admission.  Students who are not admitted Early Action may be “deferred” to the Regular Decision deadline, though these policies will vary between schools.

Note: Vanderbilt does NOT offer an Early Action decision plan. Please refer to the admissions office of each school you are applying to for institution-specific policies.

Here’s a chart with the basic outlines of these decision plans:

As you make your way through the college admissions process, feel free to contact your Vanderbilt admissions counselor with questions about decision plans at Vanderbilt.