Early Decision on the Mind

Yesterday I was sitting in a coffee shop in Bloomington, Indiana spacing off and thinking about the small joys of life – I had my first John Cougar Mellencamp sighting!  I spent four years in Bloomington and it wasn’t until I came back several years after moving that I saw JCM milling about.  This was very exciting.  Therefore, my brain was preoccupied.  As I sat in a coffee shop responding to emails about Early Decision it took a significant amount of time until I realized the ED I deadline (November 1) is Monday!  I was just adjusting to the fact that it was no longer summer and somehow we’ve hit November!

Not only is the first ED deadline right around the corner, but the popular discussion around Early Decision ramped up last week when a NACAC report found students applying to college under binding programs are more likely to receive admission.  My Twitter feed is fluttering with Early Decision news, opinions, and talking points.  And last month I met a seasoned college counselor who expressed serious concern about the state of Early Decision.  All of this information has my brain working overtime.

I don’t know the entire history of Early Decision.  Although you can bet your Commodore Cash I’m looking into it.  However, I do know that Early Decision is not the same everywhere.  And the distinctions matter.  For example, colleges in the Ivy League frequently recruit many of their athletes and other select populations via Early Decision.  This means the numerical advantage you see when you look at the acceptance rate from ED vs. RD may not apply to you.  Another significant difference is the percentage of the class filled through binding decision plans.  Some colleges take in excess of half their freshman class prior to regular decision – in these cases it is surely advantageous to apply early.  Other colleges will limit the number of students admitted early to such a low number that it is more difficult to be admitted at that time.

Why can’t every college be the same!?  It would prevent so many headaches.  I know.  However, as I’ve stated before, college admissions is truly about selecting students that serve institutional needs.  You need to go to college, but colleges need certain students to achieve objectives.  It’s not a one-way relationship.  The way (i.e. decision plans) colleges select such students is designed to serve institutional needs.

I want to be as transparent about Early Decision as possible.

Below are some additional resources for you to explore.

Wondering if Early Decision at Vanderbilt is right for you?  Take my ED quiz from earlier this year! 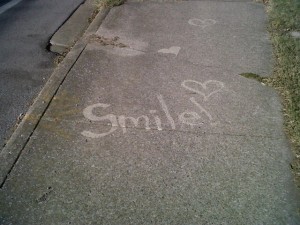