Class of 2023 – Early Decision by the Numbers 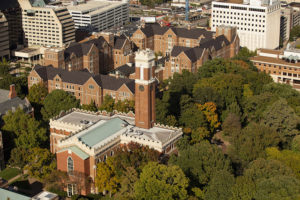 On Friday we released admissions decisions for the Early Decision II applicants to the Vanderbilt Class of 2023. With that, we’ve finished the Early Decision portion of admission to the new class, and we’re able to share some summary statistics about our new students. This is an amazingly talented group, and we look forward to welcoming them to campus in the fall.

Below is a look at the numbers for Vanderbilt Early Decision admits to the Class of 2023. (To get a look at this group beyond the numbers, check out their #vu2023 posts on Instagram and Twitter.)

*based on high schools that provide rank

We’re grateful to each student who applied through Early Decision, and we welcome the new members of the Class of 2023.  We invite our newly admitted students to get to know other ‘Dores through the Official Class of 2023 Facebook group. We also encourage new students to connect with VU through Twitter, Instagram, and other social media. Go ‘Dores!