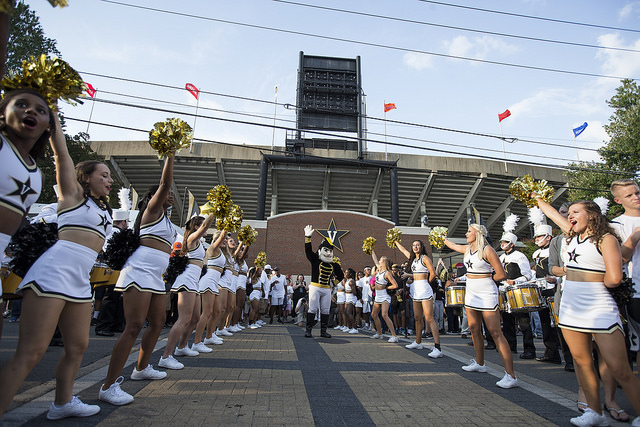 In two days the Commodores will be bowling. After an exciting season of SEC football, the ‘Dores will play N.C. State in the Independence Bowl in Shreveport on December 26. The game marks Vanderbilt’s fourth trip to a bowl in the last six years, and it is the first for Head Coach Derek Mason since he took over the team in 2014.

A bowl game is a great step forward for the program under Coach Mason, especially considering it took key wins against SEC rivals to secure the bowl bid. After a difficult first half of the season that included losses to Georgia Tech and Florida, the Commodores were 2-4 with the toughest part of their schedule still ahead. Vanderbilt’s bowl hopes were dim.

The ‘Dores turned their season around in the second half, thanks in part to the play of running back Ralph Webb, quarterback Kyle Shurmur, and All-American linebacker Zach Cunningham. The second half started with a big come-from-behind road win against Georgia, followed by a homecoming victory (which I attended with my son – his first VU football game!) over cross-town team Tennessee State University. The season was looking much better at 4-4, but after dropping close road games against Auburn and Missouri, the ‘Dores needed to win both of their remaining games to become bowl eligible. After steamrolling Ole Miss 38-17, it was down to one game against longtime rival Tennessee. Though the Vols jumped out to an early 21-7 lead, Vanderbilt was able to battle back and secure the upset with a season high 45 points. Ralph Webb, whose two touchdowns in the game made him Vanderbilt’s all-time leading scorer, was carried off the field by his teammates (see video below).

Now the ‘Dores have one more game in this exciting season, as they take on the N.C. State Wolfpack. N.C. State is a tough opponent, so the Commodores have their work cut out for them in Shreveport. For more on the bowl and Vanderbilt Athletics, check out vucommodores.com, including this great Independence Bowl preview.

Ralph Webb carried off the field by his teammates. pic.twitter.com/Cx5GaShvOU