Earlier this year, the Vanderbilt Aerospace Club won NASA’s prestigious Student Launch Challenge, taking the title for the third year in a row. The Student Launch Challenge—“built around a NASA mission, not textbook knowledge”—addresses NASA’s research needs for its Space Launch System. The project requires teams to not only launch a high-powered rocket to a designated height (this year it was 3,000 feet), but also to develop appropriate payloads, vehicle design, and even a team-designed website.

Here are some highlights from this run of success for the Aerospace Club:

You can watch a short video of Vanderbilt’s winning 2015 launch below.

This rocket dynasty has been powered in part by Club President Dexter Watkins who recently graduated as a member of the Class of 2015. “It is a tremendous sense of pride to be the first Vanderbilt team to win three national championships,” Watkins told Vanderbilt News. You can read more about this year’s competition at the Vanderbilt Research News website. 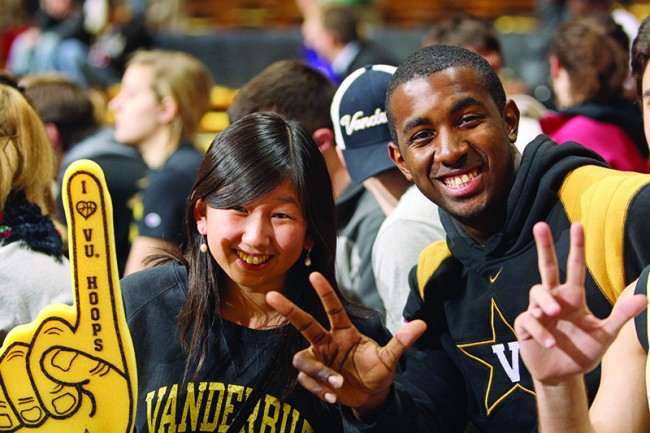