The ‘Dores are National Champions! 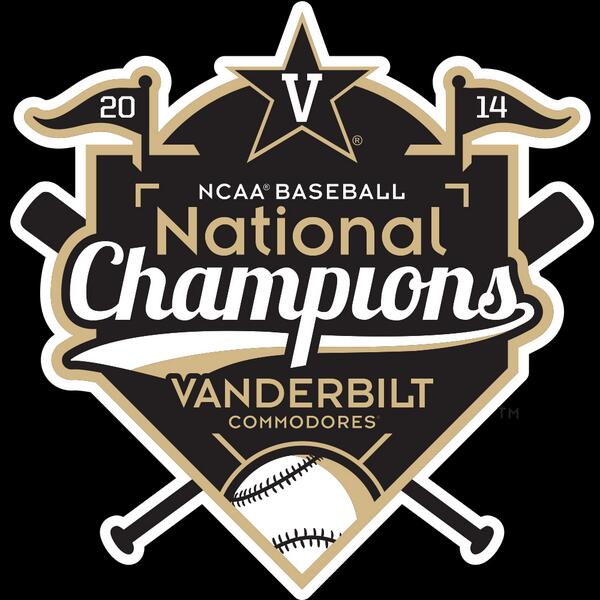 The Vanderbilt Commodores are the 2014 national champions of college baseball! Congratulations to Coach Tim Corbin and his team on a remarkable season. On Wednesday they capped by a tremendous run through the NCAA tournament with a hard-fought 3-2 victory over a very talented Virginia team. The win summed up the Commodore season perfectly; it was a close game with great pitching and VU came up with the big hit in the clutch.

Despite the huge stars who’ve been a part of Commodore Baseball in recent years, like David Price, Sonny Gray, and Pedro Alvarez, this is the first VU team to make it to the finals, let alone take home the trophy. In fact, this is the first national championship for any men’s team at VU, and this team joins the 2007 Women’s Bowling team as Vanderbilt’s other team to take home a national championship.

This was a special season from a special team. And as you can see below, Commodore Nation is proud of the #VandyBoys!

This is why you go to college!!! A very different/special program…Corbs is a LIFE changer!! #anchordown #specialman pic.twitter.com/0KFZy5etJQ

From academics to sports to the hottest city in the country, it’s a great time to be in the @VanderbiltU family. Congrats, @VandyBaseball! — Willie Geist (@WillieGeist) June 26, 2014

Just Landed back in Nashville…Congratulations to VBB for winning the CWS. Mission accomplished and job well done. You did it! you did it!

Never been more proud to be a part of Commodore nation. @TimCorbin @VandyBaseball The power of belief is undeniable!! #proudtobeVU