Hello sports fans; it’s time for an update on your #vandyboys. This weekend, No. 18 Vanderbilt wraps up its regular season schedule with a crucial series against No. 17 South Carolina. On the line in this series is second place in the SEC East and a top four seed in the upcoming SEC Tournament. VU and SC played the first of three games last night at Hawkins Field, with Vanderbilt falling to a late rally by the Gamecocks. The highlight for Vanderbilt was this incredible play by second baseman Dansby Swanson, which made SportsCenter’s Top 10 plays of the day.

No. 5 on #SCTop10. Come to The Hawk to see more plays like this from Dans & the rest of our #VandyBoys http://t.co/5QkWn5YOKd

Before we preview the rest of the series, let’s take a look at how Vanderbilt has fared since our early season update. Entering the series with South Carolina, Vanderbilt had compiled an overall record of 39-14, and a Conference record of 16-11. That Conference mark left them tied with SC for second in the East, trailing a first-place Florida team with a 20-7 Conference record. After a slow start to conference play – going 8-10 through their first six series against SEC opponents – Vanderbilt has come on strong, going 8-1 in their last nine SEC matchups. Offensively, shortstop Vince Conde has been a standout, hitting .313 while sharing the team lead in home runs.
His most recent hot streak made him the only Commodore this year to be honored as a National Player of the Week by Collegiate Baseball.  On the hill, Tyler Beede leads Vanderbilt pitchers in innings pitched and games started, while sophomore Walker Buehler has the team lead in wins with 9.

Another clear highlight of this year has been Frank the Dancing Dog, aka Brandon Barca, promotions coordinator for Vanderbilt Baseball.  Frank has become a sort of unofficial mascot for the Baseball team as he dances in the stands and gives away free hot dogs for select fans.  His dancing antics have been a hit with the crowds at Hawkins field and have even landed him on ESPN.

Look, ma… I finally made it on @SportsCenter. My two seconds of shame as a dancing hot dog http://t.co/74jZIkZJTl

Which brings us back to the final set of games against South Carolina. Tonight the ‘Dores will send one of their hottest pitchers, righty Carson Fulmer, to the mound. With a win tonight, Vanderbilt will set up a tie-breaking final regular season game tomorrow afternoon, with Tyler Ferguson pitching. Win or lose, Vanderbilt will head into the SEC Tournament next week as one of the hottest teams in the Conference. Get out to The Hawk to cheer on the team (and catch Frank the Dancing Dog in person) or follow the action and support the team on social media with the #vandyboys tag. Go ‘Dores! 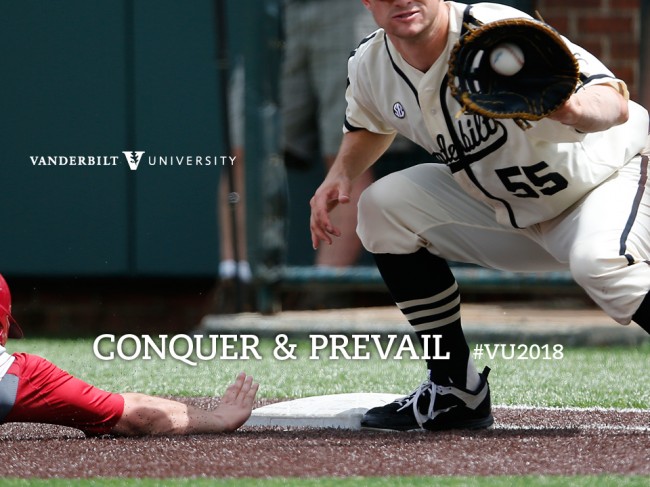