From the Students: What’s the Best Thing About Nashville?

Last week we heard a little bit about why our current Vanderbilt students decided to join the Commodore community.  This week, we want to know about life beyond the VU campus – namely, life in Music City.  Today’s question: What is your favorite thing about living in Nashville? 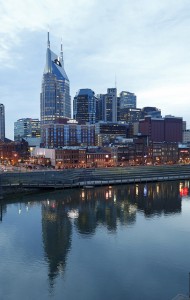 “I like Nashville because of its size and relationship to Vanderbilt. We have a beautiful sprawling campus in the middle of a wonderful metropolitan city. On one side of the spectrum, we are not stuck in the middle of nowhere with nothing to do (#cabinfever). On the other side, Nashville is not as big as cities like NYC, LA, Boston, etc., so it’s a very manageable city. It’s the perfect balance. There’s so much going on around campus that you may never feel the urge to venture into the city. But at the same time, if you want to explore, there’s a whole city waiting for you at your fingertips filled with amazing restaurants, professional sports teams, cultural activities, book stores and coffee shops, and of course thousands of concerts and shows a year. We’re about two miles away from the downtown area of Nashville (easily accessible by bus, bike, car, etc.), but there are also tons of things going on within walking distance of campus as well.”   Luke Anapolis, College of Arts and Science, Class of 2014, Niskayuna, NY

“Nashville is probably one of the most amazing cities to live in as a college student. Just last year, the Grammy Nominations were held here at the Bridgestone Arena for the first time, and since they love having young people in the audience, every Vanderbilt student was given the opportunity to get a free floor ticket to see the show. (I was about a foot and a half from Hunter Hayes!) Not to mention that there are stars everywhere in Nashville. I got my picture with Luke Bryan at the Vandy-Georgia game, and I saw Taylor Swift at Wendy’s the night she won Entertainer of the Year two years ago. I’ve learned my lesson– always have a camera at the ready.”  Lucie Calderon, College of Arts and Science, Class of 2014, Baton Rouge, LA

“I love the definitive seasons here in Nashville.  From live music at Centennial Park in the summer, to the stunning colors of Highway 100 in the fall, to the Christmas lights at the Opryland Resort in winter, to Vanderbilt baseball games in the spring, this city really celebrates and gains new perspective with each season.  And I especially love seeing the brightly colored trees on campus during the fall and the spring!”   Emily Morrow, College of Arts & Science, Class of 2014, Mobile, AL 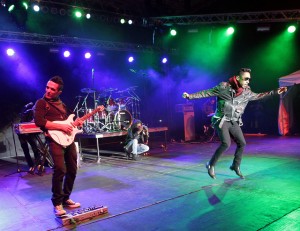 “Every major artist stops in Nashville at least once on a music tour. I’ve gotten the chance to see The All-American Rejects, Maroon 5, Neon Trees, Owl City, Needtobreathe, J. Cole, Childish Gambino, Kendrick Lamar and Wale so far. Nashville isn’t called “Music City” for nothing, and on top of country music, this place is filled with great opportunities for concerts and live music.”  Pranjal Gupta, School of Engineering, Class of 2016, Auburn, AL

“According to Forbes, Nashville is ranked fifth for “Best Places for Business and Careers” and sixteenth for “Job Growth“.  It is bustling with new energy and culture!! There are plenty of great food spots, internship opportunities, and cool places to see!”  Lauren Pak, Peabody College of Education and Human Development, Class of 2017, Los Angeles, CA

“Nashville has an awesome food scene. I love getting to explore this city by exploring stomach first! Sarah Hendrix, College of Arts and Science, Class of 2015, Dallas, TX

“There’s always something happening! Whether it’s on campus or off, there’s always some sort of free concert or art festival or something happening. It’s an amazing, lively place and there are always new restaurants to try and coffee shops to explore, and the people are all really friendly. That’s a lot of favorite things.”  Victoria Barner, College of Arts and Science, Class of 2014, Naples, FL

“The celebrities here in Nashville seem to just walk around like it’s no big deal.  In New York or L.A., celebrities tend to hide.  Not here.  In August, I was walking out of my apartment and there was Luke Bryan right in front of me.  We had a five minute conversation right there on the side of the street.  Nashville just seems to have that laid back atmosphere–everyone, including the celebs, seem to appreciate that quality about the city.”   Jack Delehey, College of Arts and Science, Class of 2014, Concord, MA