Posted by Jay Watson on Saturday, February 1, 2014 in Nashville.

Last week, Carolyn ran through an exciting and lengthy list of campus happenings. This week, I thought I would look off campus to see what’s going on in Nashville. 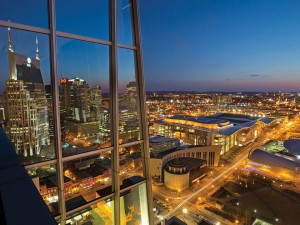 It seems that everywhere you look these days you find someone crushing on Nashville. In addition to the many accolades the city has received in recent years, The New York Times recently put Nashville on its list of 52 must-visit destinations for 2014. In fact, Nashville wasn’t just on the list, it was number 15 world-wide and number three in the U.S.! Then there’s The Huffington Post whose recent “22 Reasons to Visit Nashville Now” only scratches the surface of awesome in Nashville.

For those of you looking for more, here are some upcoming and ongoing things to do in Music City.

Performance – a free behind the scenes look at the winner of the 2010 Tony Award for Best Play, Red
February 4, 2014 at 5:30 p.m.
Tennessee Performing Arts Center

New Exhibit – Looking East: Western Artists and the Allure of Japan
January 31 – May 11, 2014
The Frist Center for the Visual Arts