What Does “Best Value” Mean?

Earlier this fall, when U.S. News and World Report released their 2014 listing of top national universities, Vanderbilt was ranked number 17 nationally for the second year in a row. While a lot of attention gets paid to this marquee list every year, U.S. News also puts together other rankings as well, like the top engineering schools and the top schools according to high school counselors, both lists on which Vanderbilt appeared again this year. But one list that I think should get more attention is the U.S. News ranking of “Best Value Schools.” This year, Vanderbilt jumped five spots in the ranking all the way to number 11 nationally.

The “Best Value” list measures both quality and affordability.  In their methodology, U.S. News evaluates three components:  the ratio of quality and cost, the number of students receiving need-based financial aid, and the percentage of cost covered by financial aid. As the high ranking indicates, these are areas where Vanderbilt excels, but let’s take a closer look at the details. 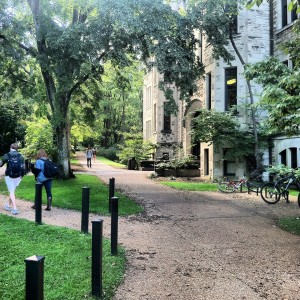 First:  Since talent and promise recognize no social, cultural, economic, or geographic boundaries, our admissions process is need-blind for U.S. Citizens and eligible non-citizens.

Second: Vanderbilt will meet 100% of a family’s demonstrated financial need for all admitted undergraduate students.

With such a strong commitment to affordability, it’s no wonder that Vanderbilt is being recognized as a top value. To learn more about your eligibility for financial aid at Vanderbilt, try out our Net Price Calculator, which uses your specific financial information to create an estimate of your need-based aid eligibility and out-of-pocket costs.