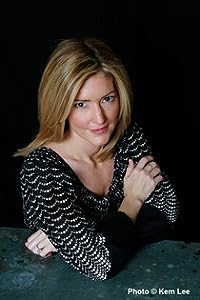 One of the greatest things about living in Music City, USA is the high potential for celebrity sightings.  Keith, Nicole, Tim, Faith, Taylor… the country big wigs and several of their peers call Nashville home, and everyone has stories about the time they ran into so-and-so at the what’s-it-called and almost died.

What you often don’t hear about, however, are what I call the Celebrities of a Different Kind.  Vanderbilt often brings in amazing speakers and performers to enrich the academic and intellectual environment on campus and give students the chance to hear from truly remarkable individuals.

Earlier this month I attended a reading and talk given by Kathryn Stockett, author of the critically acclaimed novel-turned-feature film The Help.  After living for two years in Mississippi, where the book was set and the movie filmed, I was incredibly intrigued to hear what this woman had to say about her ground-breaking work and the culture that inspired it.

Ms. Stockett exceeded my expectations both as a public speaker and as a personality.  She has the genuinely southern mixture of graceful humility and Mississippi spunk that shone through so clearly in her novel.  In fact, I’ve never seen anyone so in awe of their own fame – like she thought for sure her success had been some sort of terrible mistake and she was trying to see how long she could get away with it.

Those in attendance knew, however, that the impact The Help has had on America and the world has been no mistake. She shared with us the feedback both positive and negative she has received from various demographic groups both within and outside of the United States.  Whether or not it was originally intended by its author, this novel has clearly inserted itself into the universal cycle of reflecting, learning, and growing from our own history.

Ms. Stockett also took several questions from students and faculty in the English department on her inspiration and personal writing process.  Our students are constantly offered and take advantage of opportunities like these to soak up knowledge from masters of their craft and search for ways to apply them in any way they can.

The Gertrude and Harold Visiting Writers Series brings authors like Ms. Stockett to campus several times throughout the year.  The IMPACT Symposium features a collection of influential public figures every spring.  Vanderbilt Great Performances is a program that exposes students to the big names in performing arts on an international scale.  These and many more events put on by the Vanderbilt Programming Board give students the unique opportunity to enjoy and, most importantly, learn from celebrities of a different kind.