What “Type” Are You? 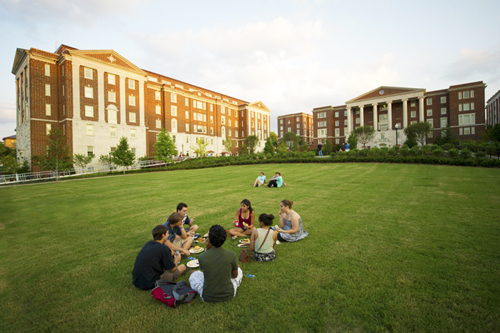 I was fielding questions at a college fair in Dallas recently and a student asked me, “Is Vanderbilt a type school?”

“A type school?” I asked. I’m a little out of the loop on the jargon these days. “What does that mean?”

“Oh you know,” he responded. “Like there’s a certain type of student who goes there.”

I know what “type” of person this student was talking about. It’s the type of student that emerges from the many myths surrounding our campus and student body. As a travelling admissions counselor, I encounter these myths in some form or another on a daily basis.

“Everybody’s in a fraternity.” “I heard you have to dress up all the time.” “You guys are mostly for pre-med.” “It’s way harder to get in if you’re not from Tennessee.” “I’m not nearly rich enough for Vanderbilt.”

Do students who fit these descriptions exist on our campus? Yes. Are they the only ones here? Absolutely not.

Yes, a little less than half of our students are involved in Greek life. They are also involved in community service, religious and cultural organizations, performing arts groups, study abroad, local and global internships, undergraduate research, and part time jobs. Surprising to some, Greek life makes up only 35 of the 380 student organizations on our campus. 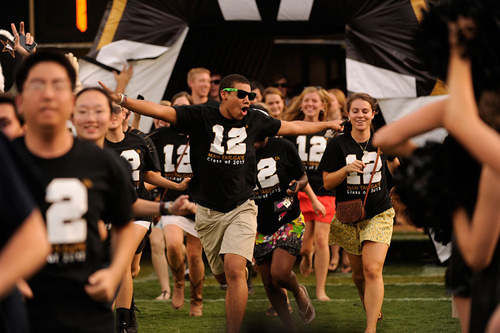 Yes, many of our students wear sundresses and ties to football games. It is a time-honored tradition seen at more than one university in the Southeastern Conference (also known as the greatest athletic conference in the history of all mankind). Many of our students also wear jeans and t-shirts to the games. A dedicated few wear shorts and a heavy layer of black and gold body paint. Still others wear their pajamas, in their dorms, caring not a bit for the flying pigskin being tossed about in Dudley Field.

Yes, about 900 of our 6,817 undergraduate students hail from the great state of Tennessee. We also have about 550 from New York and another 500 from Texas. In fact, no one region of the country, the south included, claims a majority of our students. Nearly thirty percent of our students are racial minorities, and their political allegiances run the gamut from conservative to liberal and everything in between.

Yes, a large number of our students are pursuing pre-professional curricula, such as pre-med or pre-law. An even larger number are engineering students. About 200 of them are pursuing degrees in music, another thousand in education and human development. In total we offer more than sixty-five fields of study, and they would not exist if we did not have students who wanted to pursue them.

So is Vanderbilt a “type” school?

“Of course it is,” I answered. “Because every type of student you can imagine can be found on our campus. Including students exactly like you.”