How Admissions Committee at Vanderbilt Works 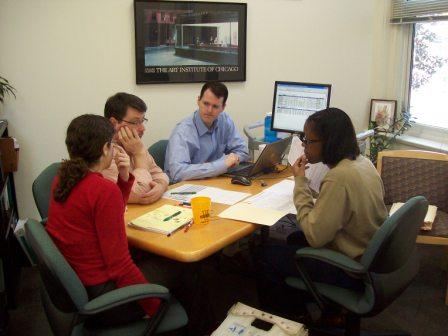 There are things in this world that are perceived to be more fascinating than they really are: haggis, turkey bowling, Dancing with the Stars, that game where you spin around on a bat 10 times and wobble toward the finish line – oh, and admissions committees.  For the past two weeks I, along with my fellow Associate Director and Director of Admissions at Vanderbilt, have reviewed the decisions of hundreds of individual students all across the country.  Think of a meeting that lasts 80+ hours long.  Yes, it is that fascinating.

Here’s how it works:

Today is the final day of committee and decision checking started yesterday.  Decision checking is where we check each file to make sure the decision is recorded in our system correctly.  Letter checking then takes place to make sure that Tim from Toledo doesn’t get Tina from Tacoma’s decision letter.  If all goes like we think it will, letters will be in the mail a week from today.  Stay tuned.