I had heard terms such as  “washed up” and “old news” float around, but I figured they would never apply to me.

…..annnnnnnnd then I arrived at junior year.

This post is not to say I haven’t had an incredible first semester thus far, because I truly have. My classes are unreal (I’m constantly geeking out in my Urbanization and Gentrification class), I have the best friends in the world, and Nashville impresses me more and more each day (I’ve been to two concerts in the past week). However, I will say that the jump from sophomore year to junior year is unforeseen and, well, a large one.

First off, about half of my bestfriends are abroad and scattered around the globe, leaving the rest of us here to hold down the fort. While I miss them a ton and it definitely took some adjustment, I’ve expanded my social network and formed extremely close relationships with other students that are here for first semester as well. Besides, facetiming and sending each other pictures makes for a pretty manageable long distance relationship. We’ve found that each of us has some fear of missing out on activities even while continents apart. 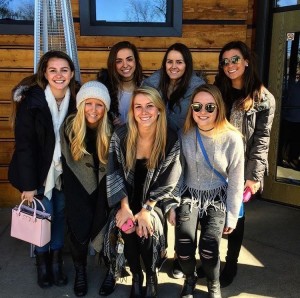 I’m crossing my fingers that we do as well at staying in touch when I go abroad to Spain next semester. The heartbreaking reality of junior year is that I won’t see some of my friends until senior year.

Secondly, junior year is one year closer to graduation, meaning for those of us that don’t know exactly what we want to do, the whole “I have all the time in the world” attitude starts to fizzle. You’ll start to see the kid that used to longboard on Commons in a Hawaiian shirt rolling around campus in a suit heading to a finance info session.

That being said, it’s important to step back and realize that it’s okay to not know EXACTLY what you want after school. So many people change their career course. In the end, it always works out.

Thirdly, about half of my friends this year live off campus. I lived with my bestfriend for the first two years at Vanderbilt in a double. We joke that we’ve become codependent and wouldn’t know exactly how to live without each other. This year, she’s living in an apartment off campus while I’m in a single in Cole Hall. At first, I was concerned that I wouldn’t see her as much. I mean, we’ve had around 546 consecutive sleepovers… but who’s counting? 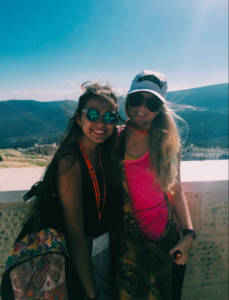 As it goes, I’m at her apartment pretty much every day, and now that we both have cars, we take advantage of the resources around us and oftentimes study at coffeeshops around Nashville. It’s definitely a more grown-up feel than residing in Branscomb (shoutout to Lupton 6).

So yes, our numbers have really dropped on campus for the semester. We’re more spread out. We’re older (and maybe just a little wiser). But different definitely doesn’t mean bad, and the change has pushed me to expand at Vanderbilt. Each semester at Vanderbilt is so different, and I think I’ll look back at it as one of the most unique semesters and undoubtedly one of my favorites.