One day in my freshman year, I was entering West House when I ran into a friend. He looked at the Honor Council shirt I was wearing and gave me a strange look, “Aren’t you guys supposed to be secret?” “Umm….no! What makes you say that?”

I was surprised at his reaction because contrary to the (apparently) popular belief, the Honor Council isn’t like the Illuminati, operating and colluding in topmost secrecy. As much as I love a Harry Potter reference, we also aren’t like sinister Dementors (I’ll explain that reference in a minute).

Yes, the Honor Council’s work is secret in the sense that I won’t go around discussing any cases for which I’ve been an advisor or panelist. We highly value the privacy of students who have been accused of Honor Council violations, but that doesn’t mean the Council itself is a secret organization. I joined the Honor Council during my freshman year, and since then I’ve become so much more appreciative of the work it does.

My high school is one of the most prestigious in India, and although we had rules against cheating and plagiarism, they weren’t enforced as efficiently even there. We never had a formal Honor Council, and many cases of academic dishonesty weren’t given the attention they needed. Going to school in a STEM-focussed country, I was never exposed to MLA/APA citations etc., so coming to the US to study was a big transition. Thankfully, my VUceptors and professors were very understanding, and they helped me adjust to this style of education, but it was still a major change for me. The Writing Studio became my favorite haunt, and I always made sure I was citing sources properly. But I wanted to learn more about the Honor Code system that has been a part of Vanderbilt since its inception. So I decided to apply to be on the Honor Council. After rigorous rounds of a written application, an interview, and a college-wide election, I finally became a part of this organization. A few weeks later, I got my Honor Council shirt, and then that awkward conversation happened.

I’ve learned so much about the policies and the founding values of Vanderbilt, and my membership in the Honor Council has helped me give back to the community in a unique way. The fellow Honor Council members I’ve met are passionate, involved, and caring students. But the Honor Council still has a negative connotation, and we’re perceived as “out to punish students”, secretive, and elitist. It could not be further from the truth. Yes, no one likes to deal with the unpleasant side of college life: the pressure to succeed and succumbing to easy-way-outs, but the Honor Code is for the benefit of students, not for their detriment. It preserves the value of our degree, and enables us to respect our work as well as the work of our peers. So, the Honor Council is initiating many events to help students feel more connected to the Honor Code system, humanize the Honor Council, and break away from preposterous stereotypes.

Last semester, we had an Academic Integrity Week, in which we had a panel of professors discuss the grey areas of the Honor Code which seem intimidating to students. Vanderbilt students sign the Honor Code in a grand ceremony in their first year here, and we also brought out those huge sheets of signatures and placed them outside Rand so that students could find and re-sign over their signatures to renew their pledge to academic integrity. It wasn’t easy finding mine among a billion other signatures, but when I did, I felt so nostalgic about freshman year! 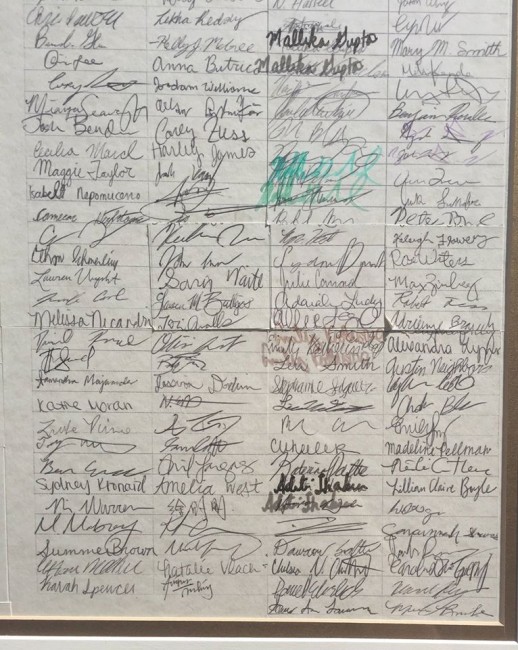 We also came out with an innovative campaign to bust some myths about us, BuzzFeed style. My favorite is definitely the one in which HC members were called Dementors, because we apparently strut around in black suits, sucking the souls out of other students. We’re more like the friendly and protective Hagrid, by the way. 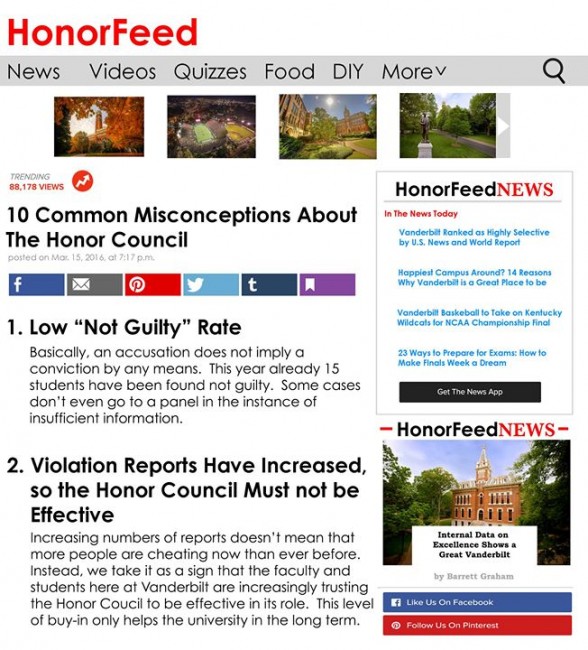 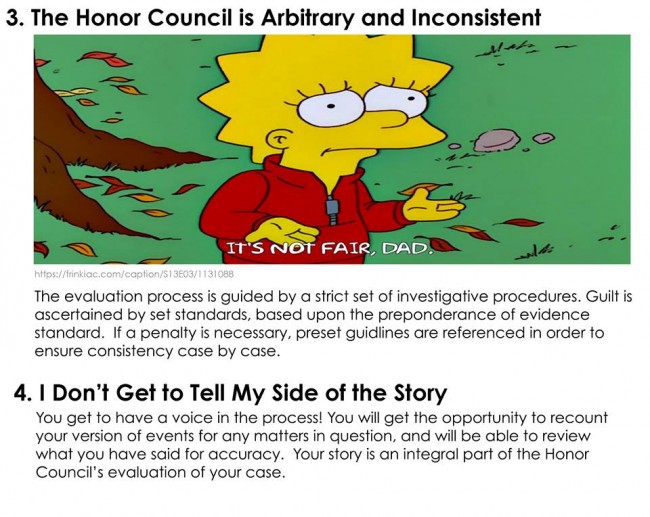 We have many events planned throughout the year, and I’m looking forward to the freshman information sessions in which we hope to generate more interest in the Honor Council and find new members who are passionate about being a part of Vandy’s oldest student organization. 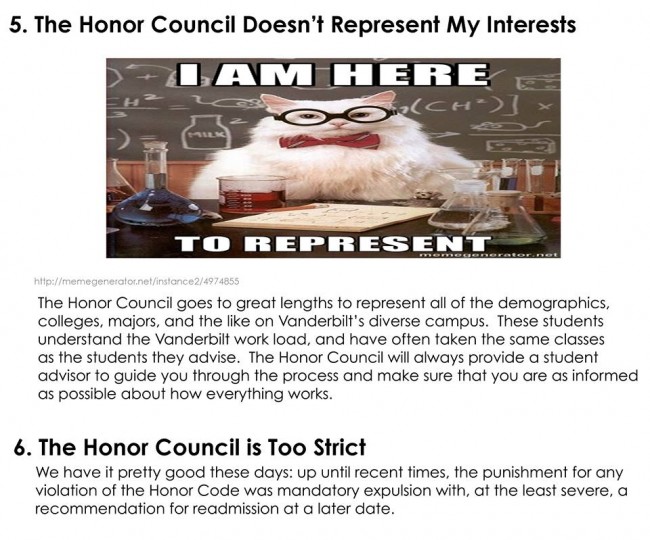 If you want to join the Honor Council or learn more about it, please do not hesitate to contact me at aditi.thakur@vanderbilt.edu. No need to practice a Patronus charm, I promise ;) 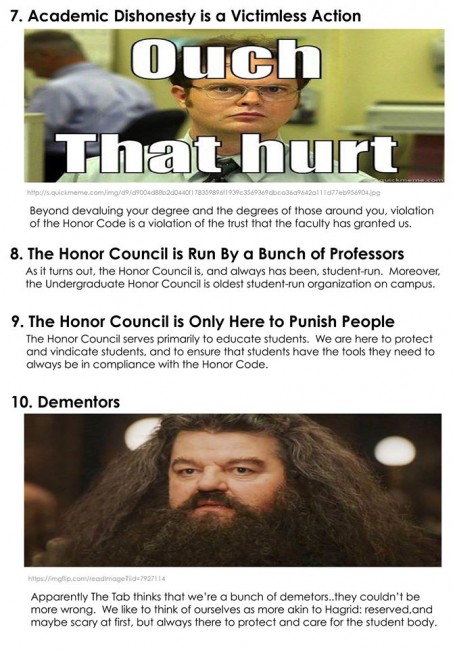 Photo credit: The Vanderbilt Undergraduate Honor Council (see, I did cite my sources!)