I grew up playing soccer. At the age of 8, I was already on a travel team complete with weekly practices, Halloween and Labor Day tournaments, and the thrill of being on a field for 90 minutes working hard and working teammates. (To be fair, games definitely weren’t 90 minutes when we were 9; we worked up to it). I played varsity in high school, was captain my senior year, and was named 2nd team all county for defense! While I was definitely a good enough player, I knew I didn’t have quite what it takes to play at the college level. If I made the team, I would most likely play the bench. So, I decided to pursue an education without soccer, something I’d never done before. 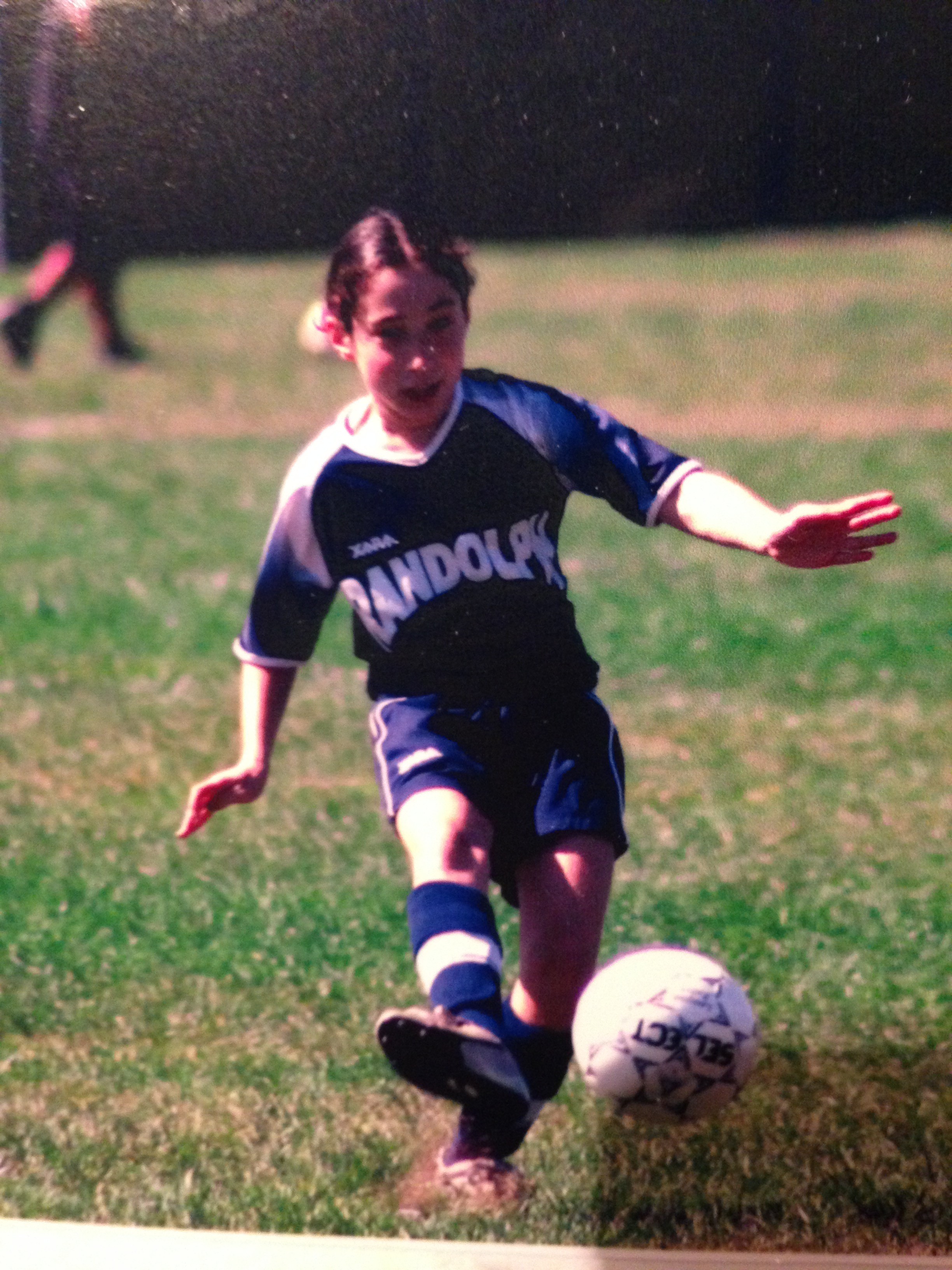 And boy, did I miss playing soccer. Although I’m a fan of the classes at the Rec and have even finally made friends with the treadmill, there is just no better exercise that gives you the same physical or emotional work out like soccer! I miss the feeling of being on a team, of celebrating when your team scores and when you win, even the upset of a tough loss-I missed it all! Luckily for me, intramural soccer is a thing. And it is seriously the best. I started a co-ed intramural soccer team last spring as a freshman. The players were a mix of friends from my classes, friends from my dorm, and friends that I’ve met through other social experiences like playing guitar with them. I was worried that bringing them all together might be awkward at first, but let me tell you: no one has ever gotten along better. 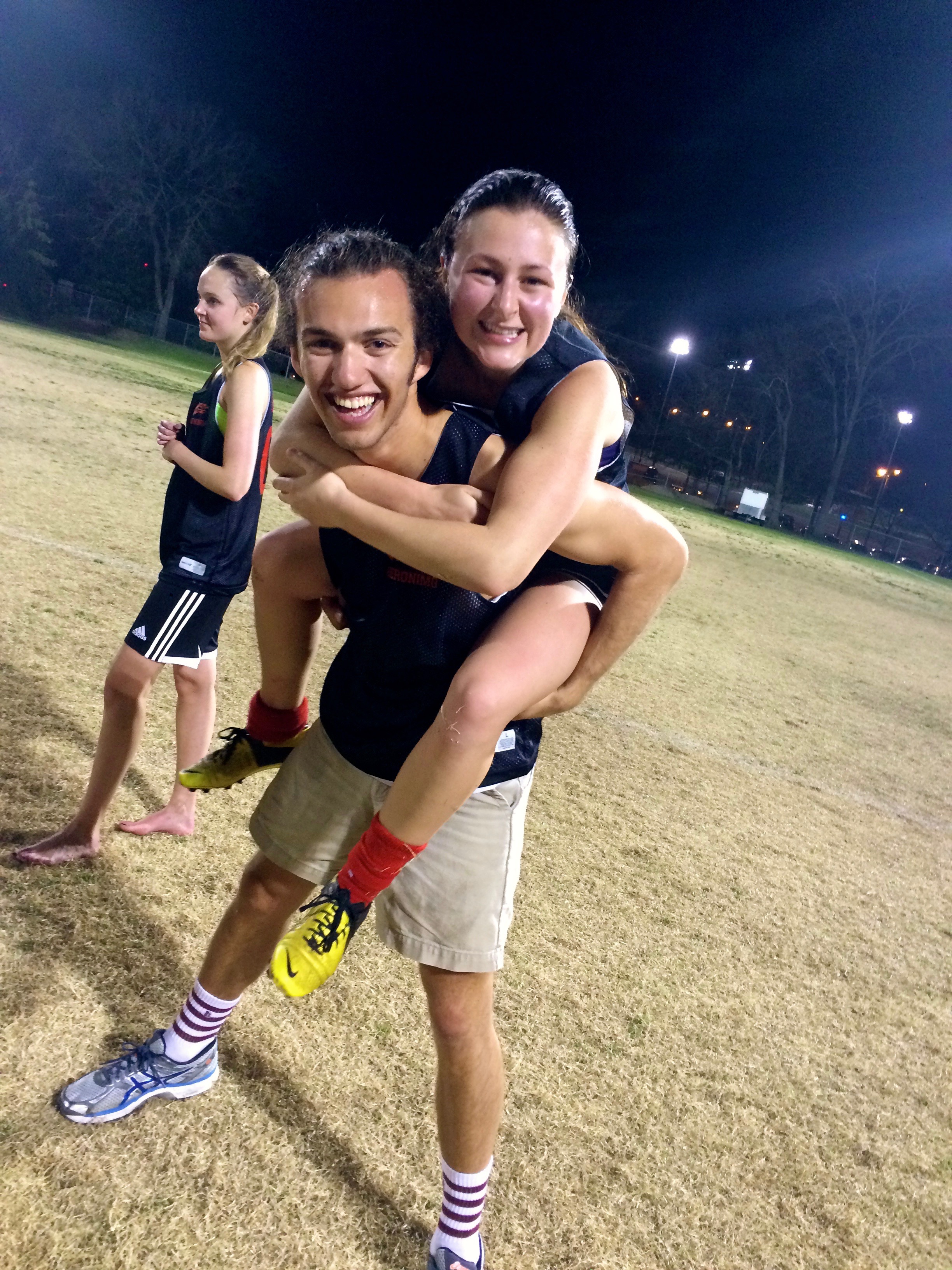 We bonded so much as a team over the season, especially considering so many of them didn’t even know each other beforehand! Another amazing thing about playing on a team- creating such strong friendships. As far as skill level of the players, it was mixed. A few other members have played soccer like I have, but most have little to no experience. That being said, we put up quite the fight! I can’t say we had a winning season, because we didn’t. But we had the most fun out of anyone, and I was able to fulfill my longing for being on a soccer team again. I may or may not have gone overboard, being that I ordered jerseys at the beginning of the season and trophies at the end, but everyone’s enthusiasm was reassuring.  I loved being captain of my soccer team in high school, but being captain of Geronimo (our team’s name), has brought me just as much, if not more, happiness and pride. 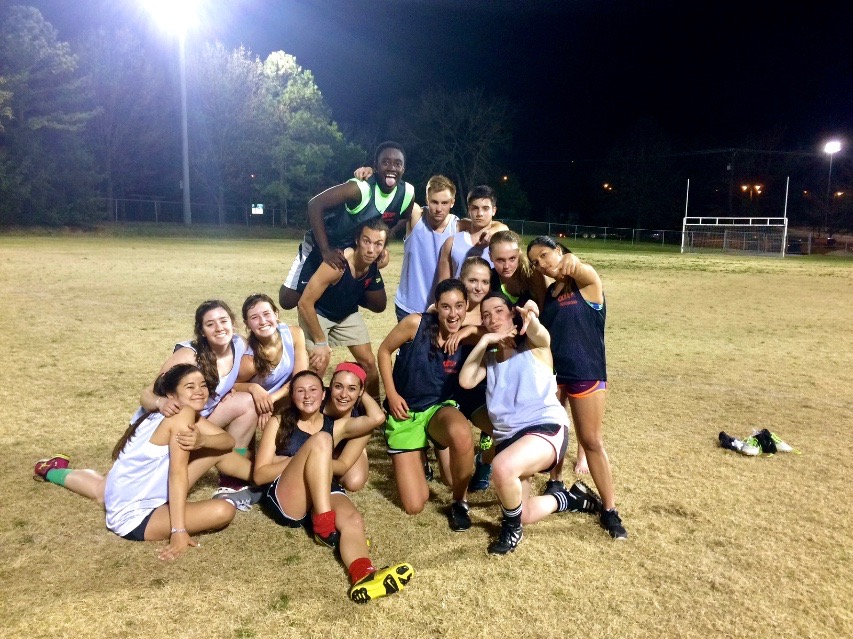 Geronimo 2.0 is ready and better than ever to head into our second season this spring, right after break. See you on the field!