Lights on the Lawn

Next Friday there won’t be a single fraternity party–something almost unheard of for a Vanderbilt weekend. Instead, the Greek community is coming together to present Lights on the Lawn, a concert series benefiting the recovery effort of one of our own.

All the money raised from this event is going to a Vanderbilt student, Luke Moretti, who suffered a debilitating spinal cord injury as a result of a boating accident last spring. Luke’s fraternity, Alpha Epsilon Pi (AEPi), has organized the event with the rest of Vanderbilt’s Greek houses in order to raise money for a LocoMotor training machine necessary for Luke’s rehabilitation efforts. The brothers of AEPi are trying to raise $90,000 in order to buy this machine for the Vanderbilt hospital so that Luke can come back to school and continue his recovery in Nashville. 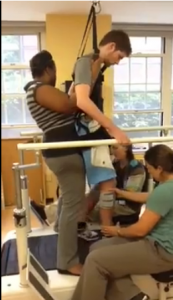 The concert will take place at 8PM on October 19th on Alumni Lawn and promises to be as big as Vanderbilt’s annual Rites of Spring.  The concert will feature famous DJs and artists such as:

After recently playing at Lollapalooza in Chicago and ELECTRIC ZOO Festival in New York City in front of over 10,000 people, the electro-duo DJs known as The White Panda have continued to sell out shows across the U.S. They are traveling over 8 hours from a show at the New Orleans House of Blues to conclude their national tour with us on Alumni Lawn.

dBerrie’s records are often played by the likes of Fedde Le Grand, Sidney Samson, Deniz Koyu, Swanky Tunes and Nervo. Releases on Ultra Records and remixes including Gotye’s “Somebody That I Used to Know” and Adele’s “Rolling In The Deep” have established dBerrie as a favorite of house blogs worldwide and a rising star in the dance community. His most recent release, “Voices”, was featured on Tiesto’s “Club Life” Episode 280. He holds residencies at Pacha (New York), LIV (Miami), Glow (DC), and Revel (Atlantic City).

Coming all the way from Virginia, this electro-duo specializes in house, electro, and mashups. They have played at colleges across the East Coast and are bringing over $50,000 dollars of lighting and production for our show. They are the tone setters for an incredible night.

If you’ll be around Nashville, you can buy a ticket through Ticketmaster ($14.50) or at the Sarratt Cinema Box Office ($10).

As I mentioned before, all proceeds will go towards the Luke Moretti Fund through the Dana and Christopher Reeve Foundation.  If you’d like to donate to this cause and help the AEPi’s get their brother back on campus, click here or check out the event on Facebook.