The Joys of Finals Week

Finals week. Insert dramatic sigh here. I am honestly quite sad to see that two whole years–HALF of my undergraduate career–is already over. Preparation for my finals is slowly but surely making itself more prominent in my schedule, but that does not deter me from enjoying what is left of life as a sophomore year! This past week has been filled with mixed emotions–sadness about being one large step closer to the real world, anxiety about my approaching finals, but happiness about the free time I have without work and classes and research! I have used this free time to reconnect with the inner athlete in me. And when I say that, I mean engaging in two different sports and having a blast despite my lack of talent in said sports!

Yesterday, I along with 13 other individuals went to the Rec to play some volleyball for about 2 hours. It was SO much fun!! I played volleyball in high school, and this is the first time that I actually tapped into the Rec’s resources to play on an actual court again! There are actually 3 sand courts throughout campus, but there’s something special about an actual court that I had missed! 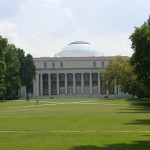 Today, I really tested my abilities by playing football with several other, much more athletic gentlemen, (as well as another small female, Charis!) and they were great sports about letting us play. We established the lawn in front Wyatt, the postcard face of Peabody School, our playing field. I’ll have you know that while my offensive skills could use some serious work, my defense was actually pretty solid. Yay football!

1 week of fun before the madness of finals begins was exactly what I needed to give me the motivation to rock my finals next week. Stay tuned for updates in the midst of the madness :)