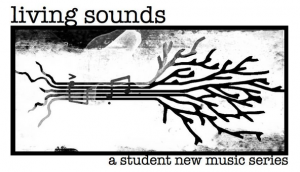 Last Wednesday I went to my first concert at the Blair School of Music, and I had a great time! I went to the Living Sounds Concert, which is a concert put on by Blair several times throughout the year. It offers a chance for student composers to premiere pieces they have been working on, and all of the performers are also students within the Blair School of Music. Each of the composers hand selects the musicians they want to perform their piece and conducts rehearsals with them to ensure that their piece is perfect for the concert.

I ended up going to the concert because one of my roommates was performing and had a solo on violin, and another one of my roommates, who is a composition major, had composed a piece for the concert and was premiering it for the first time. I wasn’t sure if I would enjoy the rest of the concert, but I found that I was pleasantly surprised! All of the pieces performed were so well done, and each one reflected the composer’s unique style. The pieces ranged from a piece for a band and strings, to a piece performed on piano that incorporated different theme songs from TV shows and movies mashed up together.

I have always known that Vanderbilt students are extremely talented in a variety of areas, but this concert was just further proof. It was hard for me to believe, at times, that the pieces performed were composed and performed solely by students. I am constantly amazed by how many talented students there are on our campus, and I was so glad I chose to attend this concert!