Picking a Schedule for a Semester Abroad 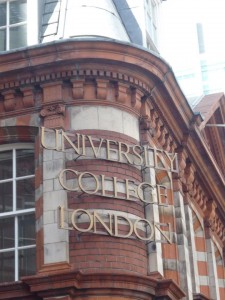 For the past few days, most Vanderbilt students have been distracted. That’s because all the class listings for next fall were just posted on YES (Your Enrollment Services).Although we do not actually enroll in these classes for a few weeks, everyone has to shop around for the best schedule. I’ve been intensely researching which courses I want to take too, but at the University College of London instead of Vanderbilt.

As I mentioned before, I applied to study abroad next fall in London. Right before Spring Break, I found out I was accepted! Of course I was freaking out because I couldn’t believe it had all worked out. Not only will I be in London, but I have two friends who will be in Scotland and another in Amsterdam. We’ve already started planning to visit each other for birthdays…

For the past week, I’ve been getting the rest of my forms filled out for IFSA-Butler, since the program is actually through them and I’ve already taken care of my Vanderbilt paperwork. The requirements have included a housing preference form (I’ll get to live in a flat! So British!), an academic statement, and a course preference form.

When deciding which classes I want to take, I first looked at the list of courses that have already been approved by Vanderbilt, because students have taken them in the past. They can be a direct equivalent or count as an elective towards a major/minor. However, a bunch of the Neuroscience classes I was interested had not been approved and I was afraid it would be a big hassle to go through that process. Turns out, I was wrong.

The Global Education Office has the course evaluation form online that is actually pretty simple and straightforward. I just have to enter the info about the courses offered at UCL and the GEO office will forward that to the appropriate department, which will decide its equivalency. Most of the science departments require a syllabus though, so I’m waiting on emails from UCL before I submit them. Even then, I have a general idea of which classes I want to take, which I turned in to IFSA-Butler, and now I just have to get them approved before I leave…in September, haha. Can’t wait!