I am on the Vanderbilt Speakers Committee here at Vanderbilt- this is a Vanderbilt Programming Board committee, comprised of 15 students and a faculty advisor.

Our job is to stimulate conversations and bring new and exciting speakers to campus. This fall, we hosted Kathryn Stockett, the author of The Help, and Michael Moore. Every spring, the Speakers Committee hosts the IMPACT Symposium (this is the 49th year!) a multi-day event in which important political speakers from across the United States discuss current events and other hot topics. In the past, we have hosted Governor Mitt Romney, and Ariana Huffington, among others. 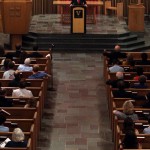 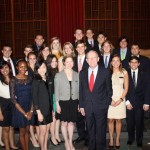 The question posed this year focused on what America’s Foreign Policy should be in the 21st Century. We hosted Senator Lamar Alexander of Tennessee,Former Governor of Utah and former Ambassador to China Jon Huntsman, the former Supreme Allied Commander of NATO Forces General Wesley Clark, former President of Mexico Vicente Fox, and Former Governor of New Mexico Bill Richardson.

As a member, I am able to not only brainstorm and connect with incredible individuals across the globe, but also be a part of such a cool and different group of people. We had to go through an intense application process, and it is truly one of my favorite clubs that I am a part of here at Vanderbilt!! 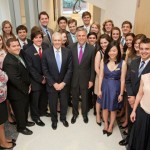 One reason I love it so much is that I was given the opportunity to not only meet all of these incredible individuals, but also have Jon Huntsman visit my political science class (Politics of Public Policy with Professor Lewis- take it!!). In preparation, we read a case on US-China Relations, and prepared questions for Governor Huntsman. He began with advice for us as students and perhaps budding politicians, and then he talked candidly with us about what America’s stance on China should be, moving forward.

Can’t wait ’til next year!!