My consistent indecisiveness leads me to a drastic change in my future… and I really couldn’t be happier! 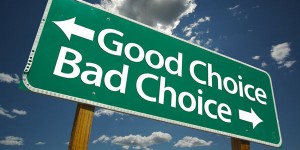 my indecisiveness from my father.  I could stand in front of two different pairs of jeans for  hours, my preference going back and forth (and then I will end up buying them both).  There are just so many things in life that I want to do, buy, see, experience, draw, say, and know.  Then, Cornelius Vanderbilt comes to me and asks me to pick one or two majors that will ultimately determine how much money I make, how happy I am, and where I live in the world.

My mother has always said that this request is unfair: to ask an eighteen or nineteen year-old to go to college and make one of the biggest decisions in his or her life is almost a cruel joke.

I came to Vanderbilt desperately wanting to study psychology. However, my mother, who has a bachelor’s degree in psychology, talked me out of it; she had always seen me doing something different. So I decided on Biological Sciences to go along with my Pre-med track. However, after making a D in Chemistry, I knew that the hard sciences were going to be a real struggle for me– to say the least.

For almost two semesters I juggled several ideas for majors such as Anthropology; Theatre; Psychology (again); Philosophy; and Medicine, Health, and Society.  Pre-med is not a major at Vanderbilt, but rather just a series of pre-requisites that medical schools require. So, essentially I could major in whatever I wanted and still be able to apply to medical school. This freedom just fed my indecisiveness and confusion.

After about a year and a half of taking chemistry, calculus (then dropping it), calculus again over the summer (made it through), and another calculus class (and dropping that one, too), I was really beginning to question whether I was doing this because I wanted to or if I was, as a friend of mine once phrased it, forcing myself down this pre-med track because that is what everyone else saw me doing.

Before dropping my calculus class this semester, I spoke with my pre-major adviser, and he made an excellent point.  He said, “pre-med is not pre-doctor.” In other words, just because you aren’t “pre-med” at Vanderbilt does not mean that you cannot get into medical school… or the medical field in general.  This was immensely comforting, and I dropped calculus as soon as I could. It was nice to know that I did not have to force pre-med on myself– which is exactly what it felt like I was doing.

Pre-med is perfect for some people; I have several of friends that successfully made it through their undergraduate career as a pre-med student and went on to excellent medical schools, including Vanderbilt’s. However, I had personally never felt comfortable with the idea. I loved the thought of being a doctor with my own practice– glory, respect, and all. However, I slowly began to realize that I was not willing to trudge and struggle through the journey getting there. Pre-med, MCATs, interviews, medical school, residency, etc…. it’s overwhelming and exhausting to even think about! A career in the healthcare industry is still very appealing, but just maybe not “physician.”

Now, my majors are the same (Medicine, Health, and Society and Women’s and Gender Studies), but now I am considering going to graduate school for Public Health or Psychology.  I also want to teach at the college level, possibly in a Women’s Studies department.  I have time to figure all of this out, right?

I know other people–family and friends alike–wanted to see me thrive as a pre-med student, but who says I still can’t live up to their expectations? The only difference is that now I’m doing it my way. And I am so much happier.

Who knows, very soon I may be writing again with a new life track. But that’s my decision. :)