The Good Life Series: Part 1 (The Lies Cicadas Tell You)

Posted by Turi Clausell on Sunday, August 7, 2011 in General Information. 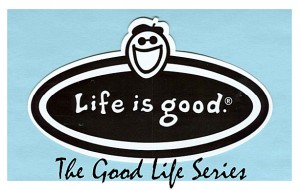 I’d like to make an apology upfront for leaving you in the dark about what I’ve been doing this summer. Forgive me? Hopefully you did because I’m about to catch you up to speed. This “Good Life Series” is going to be a blog series in which I talk about the awesome, incredible people I’ve met, things I’ve done, and experiences I’ve had while living in Nashville this summer…so get excited. This summer I made A LOT of new friends, auditioned for a national television show, survived an invasion of 13-year cicadas, had the best birthday of my life, rock-climbed, cliff-jumped, saw the U2 360-tour at Vandy, met Ryan Tedder (details later), and so much more. I’m excited to share, so I hope that you’re excited to hear about it.

It’s August now, but I’ll start my talking about late May, early June. My last exam was on May 3rd and boy (or girl) was I excited to be done with finals. I applied for a job to work with the Student Centers here on campus over the summer and got the job, so I knew that I was going to spending my summer in Nashville. Juniors and Seniors that I knew kept telling me that summers in Nashville were so much fun because of all the places that they were able to explore and the people they met. I guess my biggest concern was being lonely. That sounds pretty ’emo’ I realize, but bear with me here. About 7,000 undergraduates attend Vanderbilt during the school year and the majority either study abroad, participate in internships, vacations, or work at home during the summer. A handful stay in Nashville doing research, working campus jobs, and taking summer classes, so my loneliness, I feel, was justified. I guess Nature sensed that I was in need of summer friends, so she sent several million friends my way in form of cicadas.

What is a cicada? If I told you they were my friends, I’d be lying to you. Cicadas are basically locusts that don’t destroy things or bite. They come around every 13 and 17 years in LARGE numbers (1.5 million per acre) and are a nuisance more than anything else. I could go on talking about their characteristics, but this article summaries it pretty well. Everyone that lived here this summer has a cicada story. I prided myself on not having one, until one fateful Sunday morning on my way to church.

As I was crossing Blakemore Avenue near Blair School of Music I crossed the street and a cicada flew into the area between my shirt and vest. Cicadas normally ‘sing‘ when agitated so when it stopped singing I thought that it was no longer on me. Wrong. Not only was it still on me, it was not in the area between my shirt and vest-it was inside of my shirt. Bugs don’t really weird me out, but when I realized that it was still there, I flipped out. I threw off my vest and t-shirt, leaving me shirtless in the middle of an intersection. All of this occurred while I crossed Blakemore, which happens to be about 5 lanes wide. It was slightly embarrassing, but I reckon if I had been in a car watching myself (inception) freak out, I would have laughed pretty hard. For the remainder of my walk to church I was paranoid about cicadas and their flight trajectories.

I’m glad that I found other friends here because 1) cicadas are not loyal friends (these invasive cicadas are only around for about 2 weeks or so, then they all die. morbid, I realize) and 2) I relish human interaction. If a cicada ever uncoordinatedly (yes, I made that word up, but it is grammatically correct and you understood its implications) flies up to you and ‘sings’, “I’m a cicada, I’ll be your friend“, just say no and seek higher ground before it crawls into your shirt.

Part Two of the Good Life Series coming soon. Expect to hear about rock climbing, U2, and nights in Nashville (intriguing, right?)…