Every year, the multicultural leadership council at Vanderbilt put on a semiformal.  This year, the theme was social networking (the facebook brand).  It was hosted at a downtown party venue called One Eleven.  The size was medium, but it had a separate area for dancing, food & sitting, and an outside rooftop patio, which was really nice (although it was really cold!).  I had a really good time with my good group of girl friends and got to take away with me many wonderful memories.

The wonderful thing about Vanderbilt events is that although something may be labeled “multicultural,” “asian,” “diverse,” etc., it is still open to the entire student body.  The girls I went with were “white.”  At Vanderbilt, it doesn’t matter what race/socioeconomic group/gender you are.  People hang around others who hold different perspectives and grow with each other in the process.  It’s a beautiful thing.

Also this weekend was Resident Adviser Selection Weekend (Which we name Super Weekend).  We had ~180 applications.  Of those 180, 150 were selected to be interviewed for ~40 spots.  It’s a tough selection process, but for those who make it through, it’s a great time ahead. Serving as an interviewer (instead of an interviewee!), I thought back to my freshman year – going through the process was nerve-wrecking!  However, I got through it with confidence and a positive attitude. It just so happens that in these processes, you can’t look too far ahead.  You just go in, answer the questions, and do your best.  I believe the rest is destiny.  If it works, it was meant to be.  Now, that doesn’t mean if it doesn’t work, you shouldn’t reapply, but all I’m saying is that you can only do your part; don’t worry about the rest.

And now the start of paper/midterm season! For me, it’s the last time as an undergrad :-). 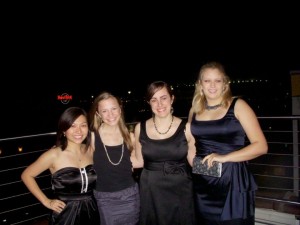